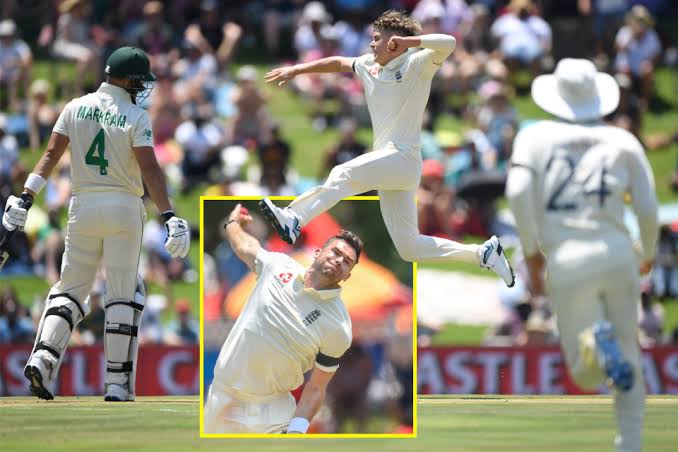 England were 24 without loss at tea on Saturday as they began the chase of an imposing 376-run target to win the first test at Centurion Park after bowling South Africa out for 272 in their second innings on day three.

Joe Burns, with 18 runs, led the way in a positive start after successfully reviewing a leg before wicket decision against him in the first over.

Dom Sibey was two not out at beginning of what should be a long haul for the tourists.

South Africa extended their overnight lead of 175 runs by 200 on a frustrating day for England who laboured in the field as their hosts looked to put the game beyond their reach.

Jofra Archer did bag a five-wicket haul but it cost him 102 runs off 17 overs, including a bashing from Quinton de Kock who smacked him for three sixes in a cameo of 34 runs.

England would have been expecting to wrap up South Africa a lot earlier after they resumed at 72-4 overnight, given that 15 wickets has fallen on Friday on a lively pitch.

But Van der Dussen and Nortje thwarted them for 90 minutes in a 91-run partnership for the fifth wicket.

England had already been hit by more of the flu bug that has taken a heavy toll on their camp in the two weeks since they arrived in the country.

Wicketkeeper Jos Buttler did not come out at the start of the day with Jonny Bairstow taking over the gloves and Joe Root spent time off the field with a fever and stomach problems.

De Kock made an extraordinary start to his innings by bludgeoning Archer for successive sixes off only the second and third balls he received to race to 30 runs off 17 balls at lunch.

But he turned circumspect after the break and went out meekly as he nicked Ben Stokes behind.

Instead it was Philander who kept the post-lunch runs flowing, taking his tally from five to 46 before being the last man out, also caught behind by Bairstow off Sam Curran.

South Africa were sent into bat on the first day and made 284 in their first innings before then bowling England out for 181.