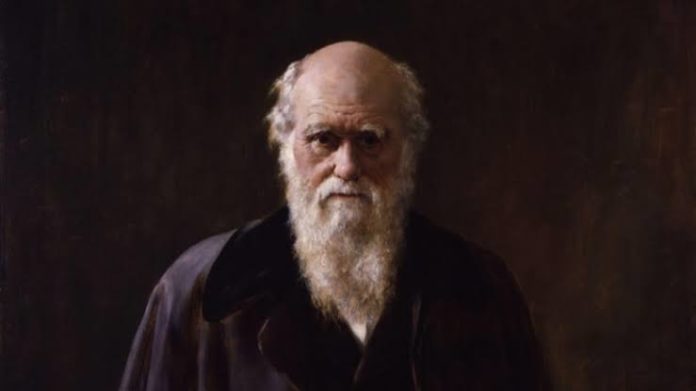 Charles Darwin, one of the most important figures in the history of science, was born on February 12th 1809 (he shares a birthday with 16th US President, Abraham Lincoln) in Shrewsbury, Shropshire, England. He was the grandson (on his father’s side of the family) of Erasmus Darwin, a famous natural philosopher, and also of Josiah Wedgwood (on his mother’s side of the same), who is of course known for the industrialization of the production of pottery.

Darwin spent the year of 1825 as an apprentice doctor with his father, and was subsequently sent to the Edinburgh University to study medicine. Darwin however neglected his medical studies, disliking surgery and finding lectures to be boring – instead his time at Edinburgh awakened an interested in him in taxonomy (the classification of living things) and marine environments. In 1828, Darwin was sent to Cambridge with the intention of studying for a Bachelor of Arts with the long term aim of becoming an Anglican parson – Darwin however found himself more interested in beetle collecting, botany, geology and natural philosophy.

Perhaps the key event of Darwin’s life was a five year voyage around the world on the ship HMS Beagle. This voyage took place between 1831 and 1836, and while the ship’s primary mission was to survey and chart coasts, Darwin was able to study the geology of areas visited, and amass a vast collection of natural history specimens.

Darwin’s voyage on the Beagle, was probably the main inspiration for his later ideas. Of these, the most important, and the best known, was his theory of evolution by natural selection. Although, evolutionary ideas had been common since at least the 18th century, what Darwin was able to do was to describe the process (natural selection) by which evolution occurred, as well present overwhelming arguments and clear evidence of his position.

The struggle to survive

Taking Mockingbird as a source, Darwin applied his idea of life to nature: creatures multiply and, in struggle to survive and reproduce, those that flourish are the ones that are better adapted, that are born with some advantage, like a slightly harder beak for a Mockingbird. Their offspring inherit the trait and, little by little, it becomes more common and eventually turns into a robust beak with which some mockingbirds specialize in crushing seeds. And they continue to thrive and change for thousands of generations, ending up as a different species that can no longer mate with the primitive mockingbird, nor with another that has become specialized in eating insects.

Among the scientific community, the idea of evolution was soon almost universally accepted. Darwin’s proposed mechanism for evolution, namely natural selection took longer to be accepted, and was for a time one of only several competing evolutionary theories. By the 1930s however, Darwinian evolution by natural selection gradually emerged as the front-runner of the various evolutionary theories, especially when combined with Mendelian genetics, in what was known as the “modern synthesis”. Today, natural selection and Mendelian genetics together form the basic foundation of all modern biological sciences.