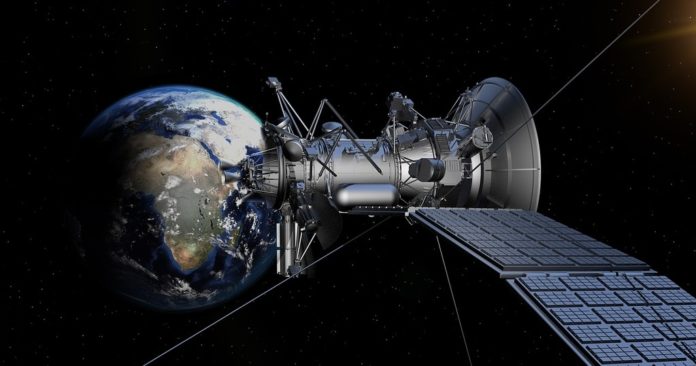 The USA launched its first satellite on January 31st, 1958. This satellite was named Explorer 1, and through the data transmitted back to earth by Explorer 1, scientists discovered the van Allen radiation belts, zones in space around the earth, and the planets Jupiter and Saturn, containing high-energy protons and electrons.

50 years ago artificial satellites did not exist. Since Sputnik more than 4800 satellites have been launched by governments and private companies around the world. Satellites are used for satellite TV of course, but there are many more purposes for satellites.

We use satellites for different purposes and all satellites can be placed in one of the following categories:

These satellites were of enormous help to transportation companies, especially transportation over water and through the air. The US GPS satellites are in Low Earth Orbit (LEO) and can determine position with a precision of 1 cm (0.4 inch). However, that very precise positioning is available for military purposes only. For commercial use the precision is less accurate.

Navigation satellites are also used for distance measurements for instance between buildings.

Observing the earth is the task for weather satellites, and then especially what happens in the atmosphere. Different kinds of cameras, like infrared and normal cameras are used to observe either the same part of the earth, from a geostationary orbit, or more closely from polar orbits to get more detailed pictures. These low orbit weather satellites focus more on the study of the atmosphere than on the current weather it self.

Very similar to weather satellites, military satellites are also used for observing the earth. Generally with higher resolution cameras and instead of normal communications equipment, they use encryption as well. Sometimes these types of satellites have very different types of orbits. For instance a very elliptical orbit which brings the satellite as far away from the earth as the moon and as close to the earth that it shortly enters the atmosphere, to get as close as possible to the earth surface without falling back to earth.

Probably many more tactics are used, but for obvious reasons, these are unknown.

Observing the earth for scientific purposes is also very good possible with satellites. Making maps with low polar orbits satellites for instance, but also measuring the exact shape of the earth, geological research, etc can all benefit greatly from scientific satellites.