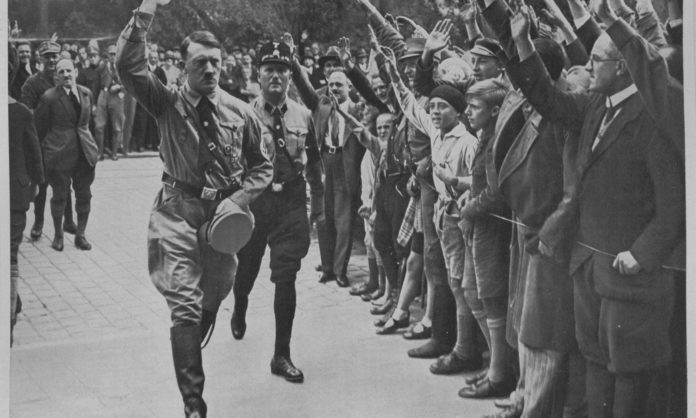 “We couldn’t do any worse. Why not give him a try?”

In essence, this mind bogglingly simplistic attitude is what propelled Adolf Hitler to winning the election for Chancellor of Germany. As history has shown, “worse” doesn’t begin to describe the Adolf Hitler Nazi reign of terror.

If there was any name that would forever live on in history as the most evil person to have ever lived, it would be Adolf Hitler. Considering that history is filled with villains such as Emperor Nero, Genghis Khan, and other madmen, Hitler’s “achievement” of becoming the most infamous villain in history truly speaks volumes regarding how repellent his actions were.

While infamous, Hitler’s name is a major part of world history. Because of this, there is a certain fascination with his life. This fascination ranges from revulsion to academic interest. Regardless of the reason, Hitler will never cease to be a studied historical figure.

If there was anything that contributed to the perpetual fascination with Adolf Hitler, it would be the fact that most people are still in shocked that a democratic nation could turn into a brutal war machine. Even after many decades have passed, the world still remains shocked that such a man could gain control of a nation and lead it into a war that took the lives of 60 million people. This is why the rise and fall of Adolf Hitler is still studied. These studies center on understanding the factors as regarding how he achieved power so as to avoid any repeating of such dark events in the future.

In order to understand the rise of the Adolf Hitler’s Nazi party, one must understand the political, social, and economic landscape that comprised Germany prior to Hitler’s ascendance. To put it mildly, Germany was a complete and total failed state. World War I proved disastrous for Germany. The nation’s infrastructure was severely damaged and it was left with a war debt it could not possibly pay. Furthermore, the eventually reconstruction of Germany led to the Weimar Republic and it was a disaster on every level.

In short, the infrastructure that the Weimar Republic built centered on promising its citizens too much. This led to huge budget deficits that created inflation on a level the world had never seen before. It was not uncommon for the price of bread to increase 300% in a single day. Rather than pay people weekly, salaries were distributed many times throughout the day. This was done because no one could predict prices on food and the need to purchase bread when it was affordable was critical. Yes, inflation was that out of control. This disastrous climate contributed greatly to the Nazi Party’s rise and the Adolf Hitler timeline rise to power.

During this time, Hitler’s party was considered a fringe element and it was a minority party. That is what made it so attractive. In reality, the other political parties’ incompetence had been exposed and Hitler’s grandiose visions of restoring Germany to its prior glory resonated. Many assumed Hitler could do no worse than anyone else. The public figured nothing could be worse than the country’s loss during the Great War and the Weimar Republic. So, they gave Hitler his chance at power. “He couldn’t be any worse” was the theory people held and history shows the insane results of this foolish notion.