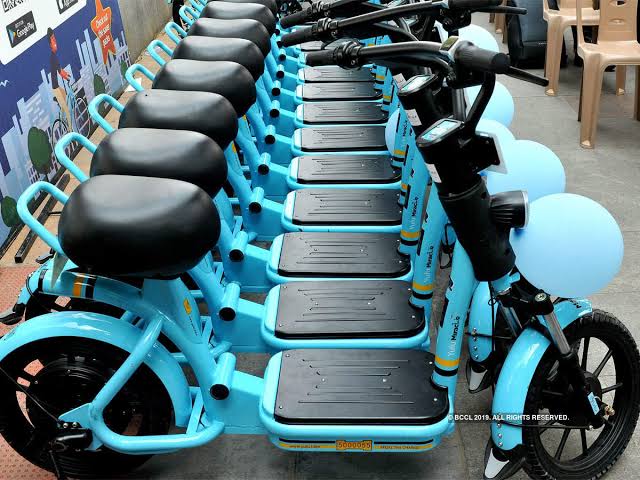 “After the successful launch of electric-bicycle (e-bicycle) service at seven metro stations a few months ago, the service was extended to two more stations — Malviya Nagar and Saket today,” the DMRC said in a statement.

The service was formally flagged off from the Malviya Nagar metro station here by A K Garg, Director of Operations at the Delhi Metro Rail Corporation, in the presence of other officials.

“The specially designed battery-operated cycles would be helpful in providing last-mile connectivity to commuters and decongesting road traffic by promoting environment-friendly modes of transport over personal vehicles. The DMRC tries to incorporate eco-friendly initiatives in all its spheres of functioning,” the DMRC said.

The e-bicycle service at these two stations has been provided by BycyShare Technologies (ZYPP), and one can avail of the facility by downloading an app known as ‘Mobycy Zypp’ and doing the one-time registration.

The services since then have been extended to 25 metro stations. The DMRC, in association with other private operators, is also operating 22 bicycle sharing service stands (through operators) covering 20 stations across its network, it said.

The DMRC encourages the use of various eco-friendly modes of transport to boost last-mile connectivity and in the recent past, have introduced e-rickshaws, e-bikes from various metro stations.