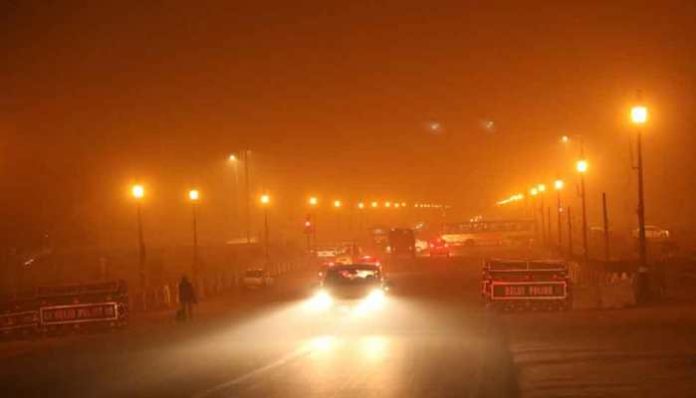 (PTI) With a numbing cold continuing to sweep Delhi-NCR, the region is expected to record its second-coldest December since 1901, the weather department said on Thursday.

“The mean maximum temperature for December was less than 20 degrees Celsius only in 1919, 1929, 1961 and 1997,” an official of the India Meteorological Department said.

“If it happens, it will be on the second-coldest December since 1901. December 1997 recorded the lowest MMT of 17.3 degrees Celsius,” the official said.

The Safdarjung Observatory, which provides official figures for Delhi, recorded the lowest maximum temperature of 12.2 degrees Celsius on December 18.

The weather station at Palam recorded the lowest maximum of 11.4 degrees Celsius on December 25.

Since December 14, most parts of the city have witnessed 13 consecutive “cold days” or a 13-day “cold spell”. The last time such a long cold spell was witnessed was in December 1997.

Relief is expected next week due to a change in the wind direction.

According to the IMD, a “cold day” is when the maximum temperature is at least 4.5 notches below normal.

A “severe cold day” is when the maximum temperature is at least 6.5 degrees Celsius below normal.