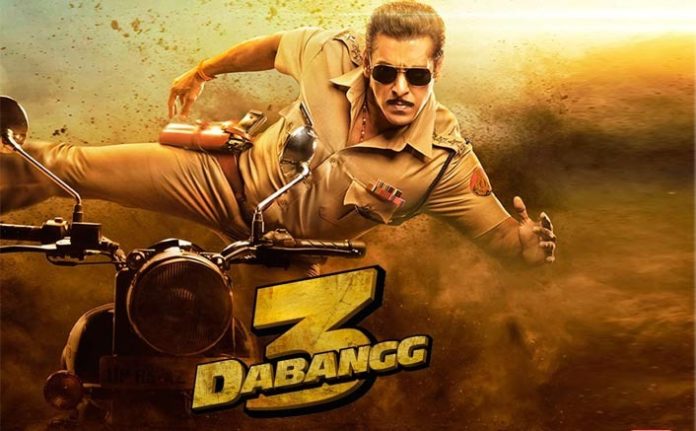 “What doesn’t kill you, makes you stronger”.

Film begins with Salman Khan dancing to Hud-Hud Dabangg song with Sonakshi Sinha joining her in latter half of the song- Audience cheer!

Salman Khan beats the hell out of some goons giving them some moral lectures- Audience cheer!

In the climax when he takes his shirt off- Audience cheer with ecstasy!

With such an enormous fan base and a massive reach Salman Khan could have used his star power to sell films which are relevant or to be a part of stories that matter. But an outdated commercial potboiler scriptis what attracts him the most and he has constantly been doing these cliched characters where nothing changes except the actresses beside him.

Comparing Salman Khan with Salman Khan himself, Dabangg 3 is probably the most meaningless film he has done in last few years (Except the horror that was Race 3). Not that films like Bharat made any sense, but they at least had little thought put. But that’s not the case with Dabangg 3 though. Film’s credit showsthat the story and screenplay has been co-written by Salman Khan and having watched the film- now I truly believe it.

Dabangg 3 is 160-minute too long full-length featurededicated to a humourist cop Chulbul Pandey (played by yours truly Salman Khan) who is now the Superintendent of Police of a new city post events of Dabangg 2. After some staged (and slow-motioned-to-a-level-of-irritation) fight sequences, a romantic track where the naughty cop woos her ever frosty-nosed wife and some Whatsapp level joke which are intended to make us laugh, Chulbul has confrontation with Bali Singh (played by an efficient KichchaSudeep). We are taken to the flashback and then in 50 odd minutes and two traumatic songs the story relating Chulbul and Bali Singh is explained in detail. Chulbul is out for a ‘Badla’ and what happens next is basically every revenge drama from 90s.

It’s not that commercial masala entertainers can’t be critiqued and not each one of those necessarily have less creative quotient. Simmba, one of the most successful films of last year, which belongs to same genre as Dabangg was received well as it was self-aware and never became dull. Dabangg 3 on the other hand is boring and illogical. There is no room for coherence and almost every character talk in fabricated sentences. This film is so tone-deaf and hammy that I saw few people scrolling their fingers on their mobile.

I wonder how makers finalised this script which is so predictable and stale that it was almost suffocating to sit through the entire film. This year when films like Gully Boy or Article 15 released which got critical acclaim as well as the love of audience, there was a slight hope that finally Bollywood is raising its level in terms of the content that is being presented to us. Alas, I am heartbroken again and we definitely have a long way to go. Hud Hud Dabangg.