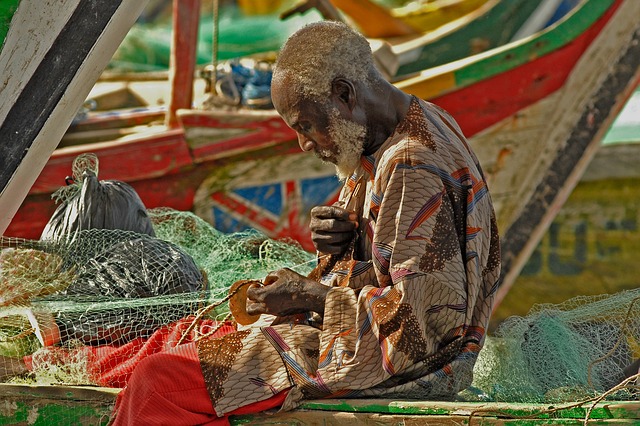 Historically called the Gold Coast, Ghana is best known for its beautiful, long shore which once served as a major trading hub. The earliest history of this African nation can be traced back to 1500 BC with the arrival of the Dagombas people along with the Akans, the Gas and the Ewes. The Ghana of today is perhaps most strongly influenced by the Ashanti Empire era.

As elsewhere in Africa, the climate of Ghana varied during the Pleistocene Epoch (about 2,600,000 to 11,700 years ago). With greater precipitation, the forest spread northward and humans retreated toward the Sahara; when precipitation diminished, they occupied even the present forest. Apart from some pebble tools from high river terraces, the first industry is Late Chellean in the southeast.

In the succeeding pluvial era, the Acheulean culture (see Acheulean industry) is lacking save for the extreme north. With increases in aridity, humans reappeared, bringing Late Acheulean and Sangoan cultures (see Sangoan industry), probably successively. They moved along the Togo mountain range from the Niger River.

Sangoan tools abound in Transvolta and around Accra and extend to Kumasi; the west remained forest and was rarely visited. The Sangoan culture waned in the Gamblian pluvial era. At its close there appears a Lupemban culture (see Lupemban industry), probably from the desiccating Sahara; it occurs in basal gravels of valleys carved during the preceding pluvial period. In central Ghana its tools are shapely; near the coast, crude and formless.

Mesolithic (Middle Stone Age) traditions lingered into the succeeding subpluvial era. Thereafter excavations at Legon yielded quartz microliths made on small pebbles. Up-country these occur on silt terraces deposited in the preceding wet phase as far as the Niger. This culture is independent of the Saharan Mesolithic.

The importance of the cultures of people is undisputed and is proven by several empirical studies. Culture defines the makeup of societies. This includes their belief systems, norms, ideals, values and ethics. This makes it easier to preserve the good cultural gems of a people from one generation to the other. As part of the culture of a people, the naming trend is part of the beautiful culture of an ethnic society.

Names carry the historical episode of many societies. In Ghana, names are directly linked to historical events in the lives of the people or sometimes particular families. To illustrate, many children born in Ghana on the Wednesday 6th March 1957 when the country gained their independence from British rule were called ‘Kwaku Ghana’ (Kwaku- the name of a male child born on Wednesday) or ‘Akua Ghana’ (Akua- the name of a female child born on Wednesday) to remember this iconic moment in the history of the Ghanaian people.

Usually, persons are named after the event as a form of remembrance. A child is called ‘Nkyiridwo Kojo’ (A male child born on Monday when the Nkyiridwo festival was commemorated). This name links the person to his place of descent, thus, Essumeja in the Ashanti Region of Ghana which is the host community for the ‘Nkyiridwo’ (the tabooed Monday) festival. Some people were named after particular societal or national happenings. For instance, many families that experienced the famine sting in Ghana in 1983 named their family members born in the year after this unforgettable episode in their lives. Examples of such names include ‘Abrafi Kom’ (You came home in the period of famine). Interestingly, those who were born just when food became abundant were also called ‘Kofi Kumkom’ (‘Kofi’-A male child who is born on a Friday, ‘Kumkom’- who killed the famine or hunger).

Also, the ordeal or good moments that perfectly depict the situation a family was experiencing at the eve of one’s birth is given as names. For instance, a child is called ‘Antobere’ (Didn’t experience the pain) when the child came to enjoy the good times of the family and did not experience their poor and sad moments. A child may be called ‘Abebrese’ (Untold or intense pain) because the parents went through very tough times financially. It may also be as a result of the birth pains the child brought to the mother during his or her conception till s/he was finally delivered.

Furthermore, to remember the special trade or societal duty assigned to particular families in the society, their duty is mostly attached to their given names. For instance, members of a family from which spiritualists or traditional priests and priestesses that offers the traditional spiritual services in Ghana are born are given surnames ‘Akom’ (traditional priestly duty).

Moreover, many people are named after their family ancestors just to maintain their ancestry lineage and memories. Many Ghanaian parents sometimes name their children after the names of good personalities whose shining examples are worth imitating. The strong belief is that names reflect the attitudes of their bearers. Though this is not always true, it cushions the bearer to walk the worthy path of the original owner of the name. Indeed, names are repositories of the historical and cultural heritage of people and exert a huge impact on their bearers.