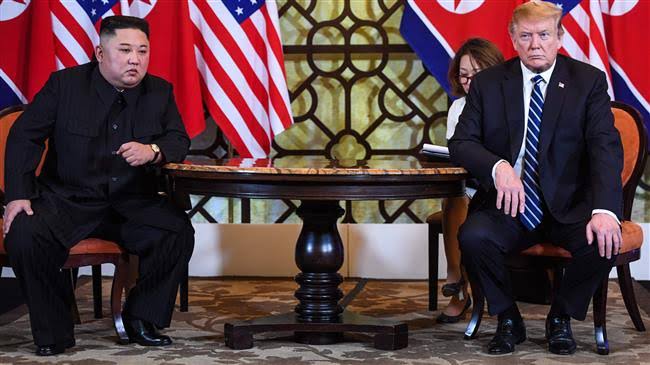 UNITED NATIONS (Reuters) – China and Russia are pushing the U.N. Security Council to lift some sanctions on North Korea to ease the country’s humanitarian concerns and to “break the deadlock” in stalled denuclearization talks between Washington and Pyongyang, China’s U.N. ambassador said on Tuesday.

On Monday China and Russia proposed the 15-member council lift a ban on North Korea exporting statues, seafood and textiles, and ease restrictions on infrastructure projects and North Koreans working overseas, according to a draft resolution seen by Reuters.

“With regard to the sanctions, that’s also something DPRK has concerns (with) and their concerns are legitimate,” China’s U.N. Ambassador Zhang Jun told reporters, referring to the Democratic People’s Republic of Korea.

“If you want them to do something you need to accommodate their concerns. That’s the logic between China and Russia’s initiative.”

Asked when the draft resolution could be put to a vote, Zhang said: “Once we feel we have strong support then we will take further action.”

Council diplomats met on Tuesday to discuss the draft text.

A resolution needs nine votes in favor and no vetoes by the United States, France, Britain, Russia or China to pass.

The United States, Britain and France have insisted that no U.N. sanctions should be lifted until North Korea takes concrete steps to give up its nuclear and ballistic missile programs. Pyongyang has been subject to U.N. sanctions because of those programs since 2006.

A U.S. State Department official said on Monday that now was not the time to consider lifting U.N. sanctions on North Korea as the country was “threatening to conduct an escalated provocation, refusing to meet to discuss denuclearization, and continuing to maintain and advance its prohibited weapons of mass destruction and ballistic missile programs.”

The sanctions on industries that Russia and China have proposed lifting earned North Korea hundreds of millions of dollars and were put in place in 2016 and 2017 to try and cut off funding for Pyongyang’s nuclear and missile programs.

“What we are going to do is not to further split the Security Council, but to pursue a united approach in obtaining peace and security there,” Zhang said.

China hopes the Security Council can speak with one voice on the issue and reach consensus on the draft resolution, Chinese foreign ministry spokesman Geng Shuang told a media briefing earlier on Tuesday.

Concerns were growing internationally that North Korea could resume nuclear or long-range missile testing – suspended since 2017 – because denuclearization talks between Pyongyang and Washington have stalled.

North Korean leader Kim Jong Un and U.S. President Donald Trump have met three times since June 2018, but no progress toward denuclearization has been made and Kim has given Trump until the end of 2019 to show flexibility.

North Korea’s U.N. envoy declared this month, however, that denuclearization was off the table.