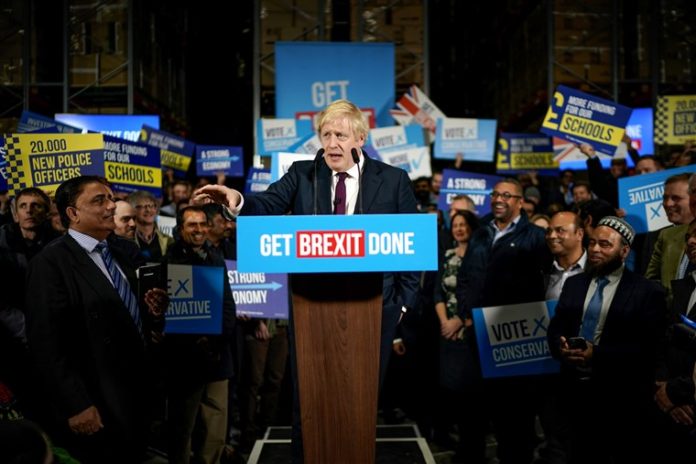 LONDON — Boris Johnson looked set Thursday to stay on as prime minister and win a huge majority in the British Parliament, according to an exit poll published as voting closed in what has been called the most important election in a generation.

A Conservative victory would mean that the United Kingdom is all but certain to finally leave the European Union on Jan. 31, more than three and a half years after the Brexit referendum in 2016. A divided and deadlocked Parliament had previously blocked Johnson’s withdrawal deal multiple times, prompting this election.

The ruling Conservative Party was predicted to win 368 seats in the House of Commons, an increase on the 298 it held going into the election, according to a poll released just after 10 p.m. local time (5 p.m. ET). There are 650 seats in the Commons and a party needs to have at least half to command a majority.

If the poll reflects the final results, it will be the biggest majority for a Conservative government since 1987, when Margaret Thatcher won her third and final election.

Shortly after the polls were released Johnson thanks volunteers, candidates and voters.