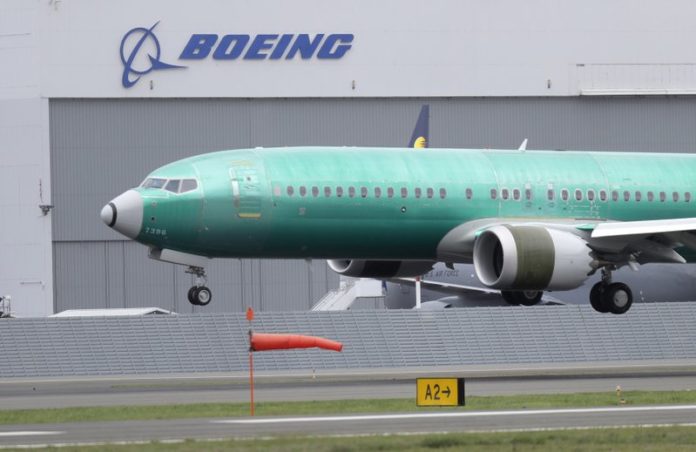 DALLAS (AP) — Boeing is reassuring airline industry leaders about the safety of the grounded 737 Max as it continues working to get the plane back in service.

The aircraft maker invited about 30 union officials, safety experts and others to the Seattle area for two days of meetings with Boeing executives and factory tours.

The event shows how motivated Boeing is to get the Max back in the air quickly, says Lori Bassani, president of the union that represents American Airlines flight attendants.

Bassani said Thursday that Boeing gave no new details on how soon it expects regulatory approval of changes it is making to the Max after two crashes that killed 346 people.

Reporters were not allowed at the event, which wrapped up Wednesday. Guests included former Federal Aviation Administration chief Randy Babbitt. The participants heard from CEO Dennis Muilenburg, other Boeing executives and test pilots.

Boeing hopes to enlist pilots and flight attendants in its effort to convince the public that the plane will be safe after changes are made to flight-control software that was implicated in the crashes.

“I have had a few (flight attendants) come up to me and say, ‘Please don’t make me get on that plane,’” Bassani said. She isn’t sure how widespread that fear is — the union has not surveyed its members.

Two other unions that represent flight attendants at other carriers also attended the event. Pilot unions were not invited, although they have attended previous Boeing meetings on the Max and taken turns in a flight simulator.

Airlines can’t fly their Max jets — even without passengers — without special permission from the FAA, but they are taking some steps to prepare the planes for service.

American Airlines has 16 Max jets in Tulsa, Oklahoma, and eight in Roswell, New Mexico. Crews run the engines every few days and taxi the planes on the ground, but don’t take them up in the air.

American, Southwest and United have removed the Max from their schedules into early March.

Last month, Boeing came up with a checklist before the Max can fly. It is currently performing tests with airline pilots to measure their response to emergencies this week. Among the remaining items are a certification flight with the FAA, and FAA approval of updated pilot training for the Max.