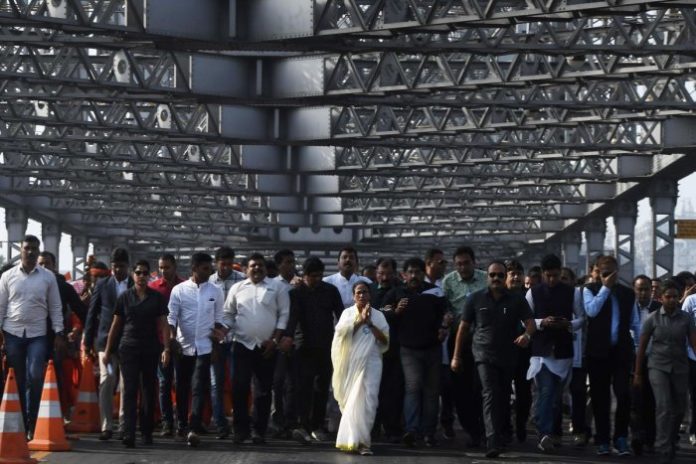 (PTI) West Bengal was peaceful with no fresh incident of violence over the new citizenship law reported so far on Thursday, police said.

However, stray incidents of clashes between groups supporting the amended Citizenship Act and those opposing it were reported on Wednesday.

Five persons were injured when crude bombs were hurled at a protest march taken out against the new citizenship law in North Dinajpur district, a police officer said.

The agitators had blocked NH 34 for two hours against the incident.

The state had witnessed violence and arson from December 13 to 17 during protests against the new citizenship law.

More than 350 people have been arrested for their alleged involvement in the violence.

West Bengal Chief Minister Mamata Banerjee, who has been at the forefront in opposing the new citizenship law and the NRC, is on Thursday scheduled to conduct a protest rally in Esplanade area in the heart of Kolkata.

She had taken out three protest marches in Kolkata and Howrah from December 16 to 18.

The Left parties are also scheduled to hold a protest march against the new citizenship law from Ramlila Maidan to Lady Brabourne College in the city.

Intellectuals are slated to take out another protest march from Ramlila Maidan to Hogg Market.