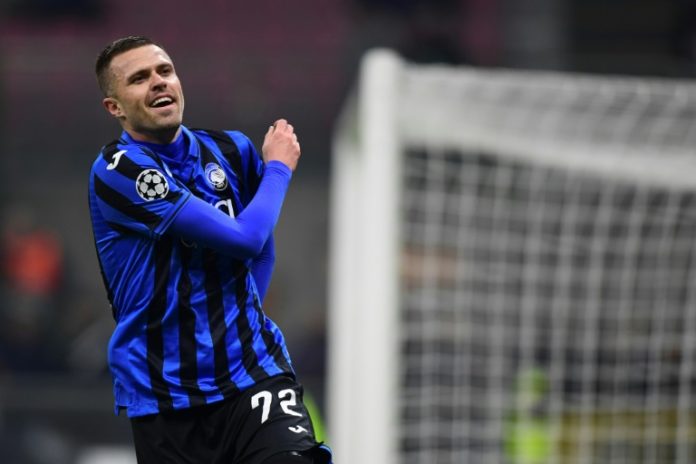 Slovenia international Josip Ilicic scored two terrific goals as Atalanta demolished AC Milan 5-0 in Serie A on Sunday to climb up to fifth and hand the fallen Italian giants their heaviest defeat since 1998.

It was an “embarrassing” performance by the seven-time European champions, said club manager Zvonimir Boban.

Atalanta fans even taunted Milan with shouts of ‘Serie B, Serie B’, confidently predicting relegation for their storied rivals this season.

Atalanta captain Papu Gomez fired the hosts ahead on 10 minutes when he gathered the ball on the left wing and drifted into the area before blasting beyond Gianluigi Donnarumma.

Mario Pasalic, on loan from Chelsea, added a second on the hour in Bergamo when he flicked in a flashing drive from Robin Gosens.

Ilicic made it 3-0 with a clinical finish after a Pasalic assist and the Slovenian attacker struck again on 72 minutes when he curled a majestic strike into the top corner from 20 yards.

Luis Muriel then replaced Ilicic and scored with minutes of his introduction, pouncing on hesitancy from Donnarumma to round out a resounding victory.

Atalanta have scored a league-best 43 goals this season and trail Roma by four points in the race for the final Champions League spot.

The Bergamo side are competing in the Champions League for the first time this season and were drawn against Valencia in the last 16 after scraping through the group stage.

“We have to work and improve. We entered the pitch with too little technical and tactical clarity. It’s a terribly insufficient performance,” admitted Milan coach Stefano Pioli.

Milan club manager Boban, a former midfield great with the club, said it will be a miserable holiday period.

“It was an embarrassing performance. We will have to wake up and react. It will not be a good Christmas,” said the Croatian.

Napoli needed a goal in the fourth minute of stoppage time from Macedonian midfielder Elif Elmas to secure a comeback 2-1 win at Sassuolo.

It was their first victory in the league since October 19 having gone eight matches without a win.

Furthermore, it was a maiden triumph as coach for Gennaro Gattuso who replaced the sacked Carlo Ancelotti but whose first outing had ended in a 2-1 defeat to Parma last weekend.

Sassuolo were ahead after 29 minutes when 19-year-old Hamed Junior Traore volleyed home.

Brazilian Allan levelled for Napoli just before the hour with Elmas bundling home the winner in injury time.

“We’re not cured yet –- we’re still sick but we need to build on this win,” Gattuso told the club website.

“This is just the start of a long road ahead. I’m not a wizard.”

In other matches Sunday, ninth-placed Bologna saw off Lecce 3-2 wile Mario Balotelli came off the bench to score in Brescia’s 1-1 draw at Parma.

Inter Milan and reigning champions Juventus are locked on 42 points at the top as the Italian league prepares to head into a two-week winter recess.

Juventus had overcame Sampdoria 2-1 on Wednesday before taking on Lazio in the Italian Super Cup in Saudi Arabia on Sunday.