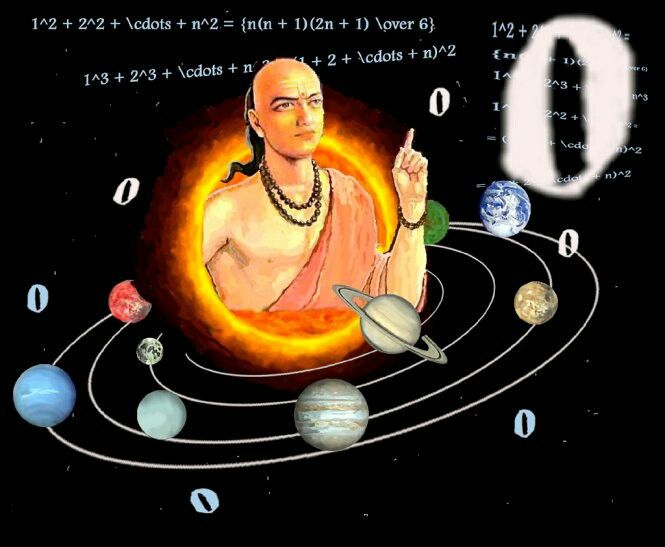 Indian astronomy has a long history stretching from pre-historic to modern times. Some of the earliest roots of Indian astronomy can be dated to the period of Indus Valley Civilization or earlier. Astronomy later developed as a discipline of Vedanga or one of the “auxiliary disciplines” associated with the study of the Vedas, dating 1500 BCE or older. The oldest known text is the Vedanga Jyotisha, dated to 1400–1200 BCE (with the extant form possibly from 700–600 BCE).

Indian astronomy flowered in the 5th–6th century, with Aryabhata, whose Aryabhatiya represented the pinnacle of astronomical knowledge at the time. Later the Indian astronomy significantly influenced Greek astronomy, Chinese astronomy, European astronomy, and others. Other astronomers of the classical era who further elaborated on Aryabhata’s work include Brahmagupta, Varahamihira and Lalla.

Some cosmological concepts are present in the Vedas, as are notions of the movement of heavenly bodies and the course of the year. As in other traditions, there is a close association of astronomy and religion during the early history of the science, astronomical observation being necessitated by spatial and temporal requirements of correct performance of religious ritual. Thus, the Shulba Sutras, texts dedicated to altar construction, discusses advanced mathematics and basic astronomy. Vedanga Jyotisha is another of the earliest known Indian texts on astronomy, it includes the details about the Sun, Moon, nakshatras, lunisolar calendar.

The classical era of Indian astronomy begins in the late Gupta era, in the 5th to 6th centuries. The Pañcasiddhāntikā by Varāhamihira (505 CE) approximates the method for determination of the meridian direction from any three positions of the shadow using a gnomon. By the time of Aryabhata the motion of planets was treated to be elliptical rather than circular. Other topics included definitions of different units of time, eccentric models of planetary motion, epicyclic models of planetary motion, and planetary longitude corrections for various terrestrial locations.

In the Vedānga Jyotiṣa, the year begins with the winter solstice.

Hindu calendars have several eras: The Hindu calendar, counting from the start of the Kali Yuga, has its epoch on 18 February 3102 BCE Julian (23 January 3102 BCE Gregorian). The Vikrama Samvat calendar, introduced about the 12th century, counts from 56–57 BCE. The “Saka Era”, used in some Hindu calendars and in the Indian national calendar, has its epoch near the vernal equinox of year 78. The Saptarshi calendar traditionally has its epoch at 3076 BCE. J.A.B. van Buitenen (2008) reports on the calendars in India: The oldest system, in many respects the basis of the classical one, is known from texts of about 1000 BCE.

It divides an approximate solar year of 360 days into 12 lunar months of 27 (according to the early Vedic text Taittirīya Saṃhitā 4.4.10.1–3) or 28 (according to the Atharvaveda, the fourth of the Vedas, 19.7.1.) days. The resulting discrepancy was resolved by the intercalation of a leap month every 60 months.

These constellations (nakṣatra) each measure an arc of 13° 20′ of the ecliptic circle. The positions of the Moon were directly observable, and those of the Sun inferred from the Moon’s position at Full Moon, when the Sun is on the opposite side of the Moon. The position of the Sun at midnight was calculated from the nakṣatra that culminated on the meridian at that time, the Sun then being in opposition to that nakṣatra.

Among the devices used for astronomy was gnomon, known as Sanku, in which the shadow of a vertical rod is applied on a horizontal plane in order to ascertain the cardinal directions, the latitude of the point of observation, and the time of observation.

This device finds mention in the works of Varāhamihira, Āryabhata, Bhāskara, Brahmagupta, among others.The Cross-staff, known as Yasti-yantra, was used by the time of Bhaskara II (1114–1185 CE). This device could vary from a simple stick to V-shaped staffs designed specifically for determining angles with the help of a calibrated scale.

The clepsydra (Ghatī-yantra) was used in India for astronomical purposes until recent times. Ōhashi (2008) notes that: “Several astronomers also described water-driven instruments such as the model of fighting sheep.”The armillary sphere was used for observation in India since early times, and finds mention in the works of Āryabhata (476 CE).

The Goladīpikā—a detailed treatise dealing with globes and the armillary sphere was composed between 1380–1460 CE by Parameśvara.

An instrument invented by the mathematician and astronomer Bhaskara II (1114–1185 CE) consisted of a rectangular board with a pin and an index arm. This device—called the Phalaka-yantra—was used to determine time from the sun’s altitude.

The Kapālayantra was an equatorial sundial instrument used to determine the sun’s azimuth. Kartarī-yantra combined two semicircular board instruments to give rise to a ‘scissors instrument’. Introduced from the Islamic world and first finding mention in the works of Mahendra Sūri—the court astronomer of Firuz Shah Tughluq (1309–1388 CE)—the astrolabe was further mentioned by Padmanābha (1423 CE) and Rāmacandra (1428 CE) as its use grew in India. Invented by Padmanābha, a nocturnal polar rotation instrument consisted of a rectangular board with a slit and a set of pointers with concentric graduated circles.

Time and other astronomical quantities could be calculated by adjusting the slit to the directions of α and β Ursa Minor.