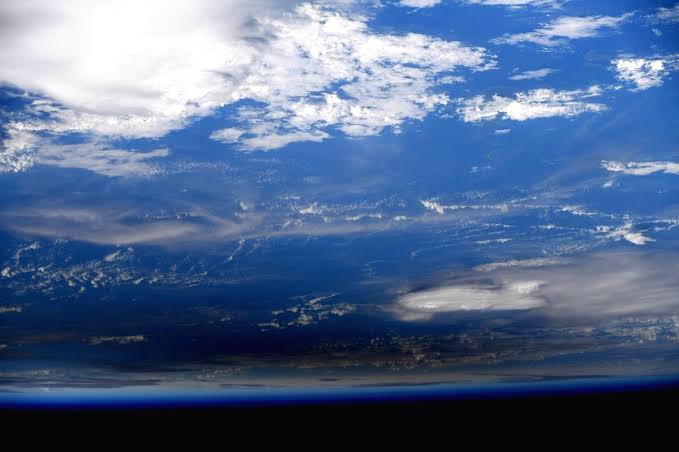 She wrote: “Here’s what today’s annular solar #eclipse (when the Moon is in line in between Earth and the Sun) looked like from @Space_Station. We saw the shadow of the #Moon on the #Earth below, just above the horizon (central gray area above the horizon). #SolarEclipse2019 #SolarEclipse.”

Meir launched to the International Space Station onboard Soyuz MS-15 on September 25, 2019, as a flight engineer for Expeditions 61 and 62. She is due to return to Earth in the spring of 2020.