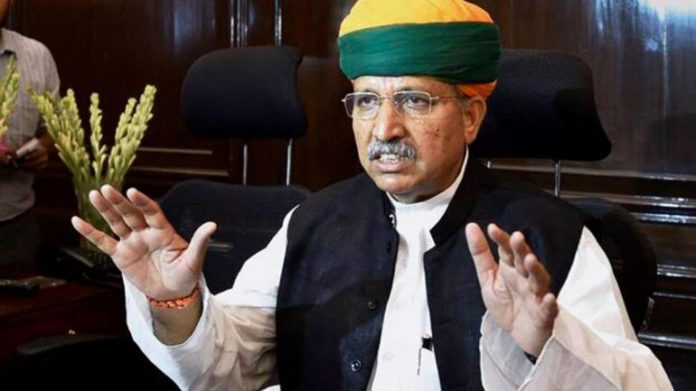 (PTI): Amid protest by many non-BJP ruled states against the Citizenship (Amendment) Act (CAA), the Centre on Monday said the states have to implement the legislation as it had been passed by Parliament.

“Under the Constitution, they (states) have to implement it (CAA)”, Union Parliamentary Affairs Minister Arjun Ram Meghwal told a press conference convened here to convey the views of the Centre as well as the BJP on the CAA.

His statement comes a day after a meeting of various political parties and socio-religious outfits convened by Kerala Chief Minister Pinarayi Vijayan decided to hold joint protests against the controversial Act.

To queries on the decision of the certain non-BJP ruled state governments, including that of Kerala and of West Bengal, not to implement the Act, the Minister said, “If any government says it won’t implement it, then it is not as per the constitution, be it the West Bengal government, Kerala, Rajasthan or Madhya Pradesh government. It is an Act passed by Parliament. The states have to follow. It is in the national interest.”

The Union Minister’s statement also assumes significance in view of a special session of the State Assembly being convened on Tuesday and it is likely to moot a resolution to express the state’s concern over CAA.

Seeking to reach out to the Muslim community people who were protesting against the Act, Meghwal said the CAA was enacted to provide citizenship to the minorities who were subjected to religious persecution in countries, including Pakistan, Afghanistan, and Bangladesh, and the Muslim citizens of India have nothing to worry.

“I want to tell the Muslim community, not only Kerala, the whole country, there’s nothing to worry”, the Minister said when his attention was drawn to the massive rally planned by Muslim organizations in Kochi on January 1 against the CAA.

Accusing the Congress of carrying out a misinformation campaign against the CAA, Meghwal said that it is not good for the country.