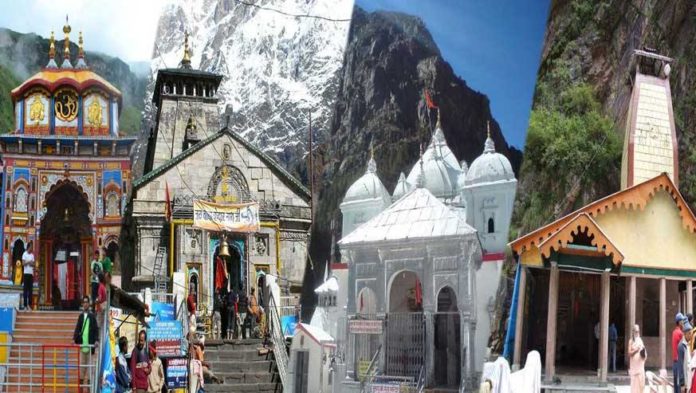 India has always been a place where religious have played a major role in shaping the culture and tradition of the people. With innumerable pilgrimage center and religious hub, the economy has seen a growth in the tourism sector. Underlying with historical significance and a backdrop of nature’s beauty, the pilgrim center in India serves in both ways. First and foremost, it serves a role in exploring the corner of the place and experiences the beauty of it. Secondly, it imbibes the religious sentiments amongst the mind of its devotees.

And when we are talking about the visit to such a pilgrim center, nothing but the Char Dham Yatra finds the perfect gateway to excite its tourists.  The trip holds much importance and religious significance in the Hinduism community. Through this tour, one finds solace and peace. As per Hindu mythology, by traveling to the Char Dham yatra one finds salvation in life. This why devotes far across the country wait for the year and book their time slots to experience the divinity and serenity in the laps of divinity and tranquility.

Every year, devotees and adventure seekers wait for the day when the committee announces the opening and closing dates of the most awaited Chardham yatra of the year 2020. Well to your knowledge below are the details.

Char Dham yatra is considered to be one of the auspicious parts of life s per Hindu mythology. It is believed that if a person loses his life while trekking or traveling the Char Dham Yatra, it ensures the quick route to attain salvation. In the primitive age when modernization has hardly hit the ground, people used to embark on the journey during the later years of life or the vanaprastha stage. But standing in the 20th century, the journey is much modernized and urbanized which has made the trek less risky. Still, with its unwinding route and deep ridges, the trek is still challenging in many ways. However, it is highly advisable to embark on the Char Dham yatra on a clockwise direction, i.e. from Yamunotri then shifting the trek towards Gangotri. And finally ends the yatra to Kedarnath followed by Badrinath.