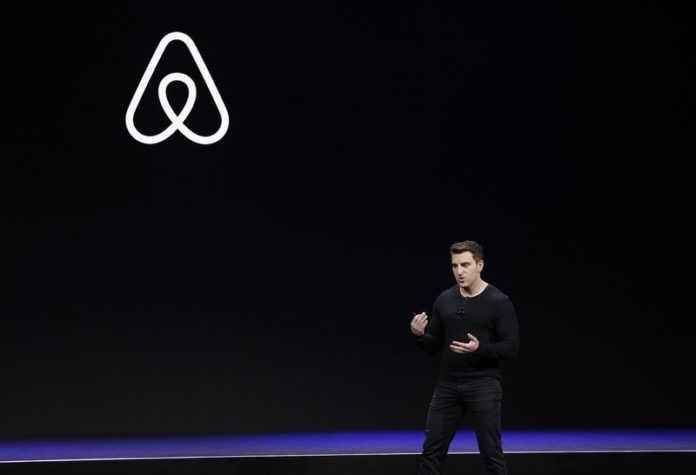 Airbnb is taking more steps to crack down on parties and nuisance guests in the wake of a Halloween shooting at an Airbnb rental in a San Francisco suburb where five people were killed.

The company said Thursday it’s banning “open invite” parties at all of its accommodations. Those are parties open to anyone and advertised on social media, for example.

Airbnb says boutique hotels and professional event venues will be exempt from the new rule.

“This policy does not impact parties that are authorized by hosts and convened respectfully by guests,” the company said in a news release. “Instead, our goal with this new policy is to address the small number of guests who act irresponsibly and those rare hosts whose homes become persistent neighborhood nuisances.”

Airbnb says it’s in the process of identifying listings globally that may be violating the party house ban, including accommodations in Los Angeles, Miami Beach, London and Montreal. The company says it’s asking hosts to update their listings to comply with the ’’open invite” ban.

Airbnb is also issuing new guest behavior rules. In early 2020, guests will get a warning for one instance of excessive noise, unauthorized guests, unauthorized parking, unauthorized smoking or excessive messiness reported by a host or a neighbor. Further violations will result in account suspension or removal.

Airbnb CEO Brian Chesky announced last month that changes would be coming after five people were killed at a Halloween party shooting in Orinda. The owner of the Airbnb rental didn’t authorize the party, which had more than 100 guests.

AirbnbWatch, a hotel-funded group that calls for stricter local home-sharing regulations, faulted Airbnb for responding only after the Orinda shooting. AirbnbWatch said there have been dozens of shootings at Airbnb rentals over the last six months, and the company isn’t doing enough to ensure guest and neighbor safety.

But Daniel Guttentag, an assistant professor in the department of hospitality and tourism management at the College of Charleston School of Business, said he thinks the new policies demonstrate Airbnb’s genuine intention to rid the platform of some of its most problematic activity. He thinks the rules could also help shield Airbnb from liability if a party goes awry.

“The challenge for Airbnb will be enforcing these rules, though, as its immense scale can make that difficult,” Guttentag said. Airbnb has more than 7 million listings worldwide.

Guttentag said it could also be hard for Airbnb to determine what is “too loud” and ensure that neighbors reporting a problem aren’t just trying to shut a rental down.

The company is under pressure to gain the trust of travelers, neighbors and lawmakers as it prepares for its planned initial public offering next year.

Airbnb also said Thursday it’s establishing a dedicated hotline for mayors and city officials who have questions about its policies.