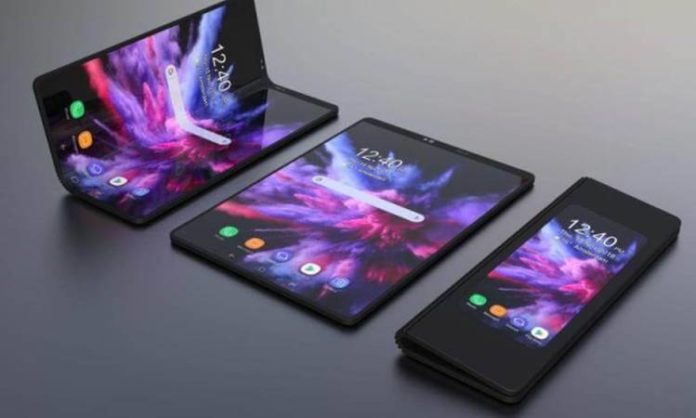 (IANS) Two big trends, 5G phones, and foldable phones hit the smartphone industry at the beginning of the year and as 2019 comes to an end, we can safely say that foldable phones have become a rage again.

Starting from Huawei to Samsung and Motorola, top smartphone players and not-so-famous handset makers too joined the race to launch a device that folds in the palm.

The Samsung Galaxy Fold and the Huawei Mate X became a reality after missing several deadlines. Samsung added upgrades before launching it for the masses in September. The initial review units of the device were marred by poor design and other flaws.

“A flagship should have a path-breaking technology in it. Speaking of that I think Samsung Galaxy Fold is something that is very innovative and can be called ”flagship of flagships”,” Faisal Kawoosa, Founder and Principal Analyst, techARC told IANS.

Chinese telecom and smartphone giant Huawei’s Mate X made its way into China in November only after showing off the device at the Mobile World Congress (MWC) 2019 in Barcelona.

Lenovo-owned Motorola also launched the reboot of its iconic Razr phone in November. It’s a phone with a novel flexible screen which is slim too.

Talking about the phone’s design language, Neil Shah, Research Director at Counterpoint Research said: “Some serious engineering feat to get that hinge designed while resembling the original Razr look, feel and flip. This enables a compact fold-down design to make the form-factor more compact vs other competitive designs.”

“Motorola has done a great job on packaging this design but the lack of 5G capability for the $1500 price tag and limited roll-out with Verizon exclusivity makes it just a move to gain mindshare rather than market share. Look forward to the next generations of foldable Razr next Fall 2020 to actually revive Motorola’s fortunes,” Shah added.

But out of all the foldable phones launched this year, only the Samsung Galaxy Fold made its way to the Indian market in 2019.

Setting a sort of new record in the luxury smartphone segment, Samsung sold a total of 1,600 “Galaxy Fold” devices in flat 30 minutes after pre-bookings opened on the company’s official online store on October 4.

In a reflection of high enthusiasm for the foldable device among Indian consumers, the Galaxy Fold was sold out for a second time in the same month after pre-bookings opened on the company’s official online store in India.

Now, there are rumors that Samsung may bring the second-gen Galaxy Fold in February with better scratch resistance and a thinner design language.