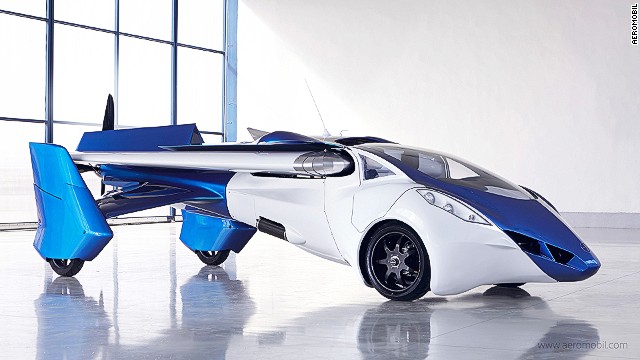 A glossy high rise in the heart of Miami aims to be the first residential building in the U.S. with a specially designed rooftop to accommodate a Jetsons-like future where cars take to the skies.

Halfway through the construction of Paramount Miami World Center, developers determined that the $600 million, 60-story complex needed something extra to stand out among the vast array of living options for the super-rich.

So they installed an observation deck at the top that doubles as a landing pad for vertical takeoff and landing vehicles, often called VTOLs, or flying cars.

The tower will have its grand opening early in 2020. Meanwhile, a flying car’s reality, where passengers can be dropped off at home like Amazon drone packages, could be decades away – if ever.

The auto industry, aviation giants and an ever-evolving list of startups are increasingly entering the race toward producing consumer-ready flying cars and air taxis, many of which are touted as fully electric.

Porsche and Boeing estimate that commercial passenger drones will hit the market around 2025, and several concept models are supposedly ready for takeoff as early as next year.

On the surface, there are so many groundbreaking visions being announced and innovations happening that it’s easy to forget that the world hasn’t even seen a fully autonomous car yet, let alone an electric, multirotor flying vehicle you can park in your driveway.

In fact, there are several hurdles that have yet to be overcome before commuters are whizzing through the air.

For one, drivable aircraft would require batteries that aren’t ready. Then there are the legislative and infrastructure hurdles that could take a decade or longer to clear. Lastly, it’s not entirely clear that people would feel comfortable with next-level vehicles floating around their neighborhoods, drifting above their heads or fluttering around their homes.

“What we see today is a whole pile of concepts that aren’t necessary solutions,” said Mark Jennings-Bates, vice president at the flying cars startup PAL-V. The name stands for Personal Air Landing Vehicle.  “They are short on technology. The tech doesn’t exist in most instances, and they are short on regulation.”

More than a dozen companies are working on air taxi services as a launching point for flying car ideas. These commercial vehicles would serve as a marriage between traditional ride-hailing services and drone-like aircraft that can carry multiple passengers at once.

Uber, one of the world’s highest-valued startups, and Boeing, a leader in aviation, have announced ambitious plans and 2023 projection dates for revolutionary air taxis. However, the types of vehicles the companies have in mind would require magical electric batteries that don’t exist – yet.

“The best the industry has seen so far with an electric drone vehicle is a projection that it can fly for 20 minutes,” said Jennings-Bates. “That makes it an unusable aircraft because it must have a half-hour spare capacity. We have some great prospects out there, but we have to follow that up with technological advancements before we can really offer a timeline.”

Uber hired one of Tesla’s leading battery experts in 2018 to overcome the battery technology hurdle, as the EV company’s cars house some of the best electric batteries out there.