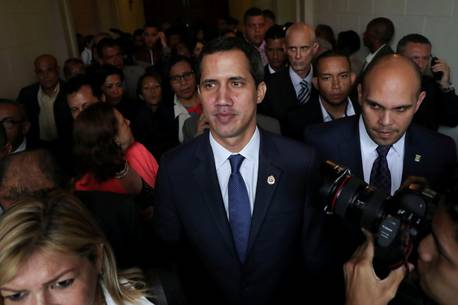 The U.S. State Department on Saturday said it was imposing a travel ban on Cuban Interior Minister Julio Cesar Gandarilla Bermejo and his children, citing the minister’s involvement in what it called “gross violations of human rights in Venezuela.”

In addition to human rights violations carried out under his command in Venezuela, the Cuban minister was also responsible for “arbitrarily arresting and detaining thousands of Cuban citizens and unlawfully incarcerating more than 100 political prisoners in Cuba,” the State Department said.

It said Cuban interior ministry officials had overseen the torture of political dissidents, detainees and prisoners, as well as the murder of some of these individuals by police and security forces.