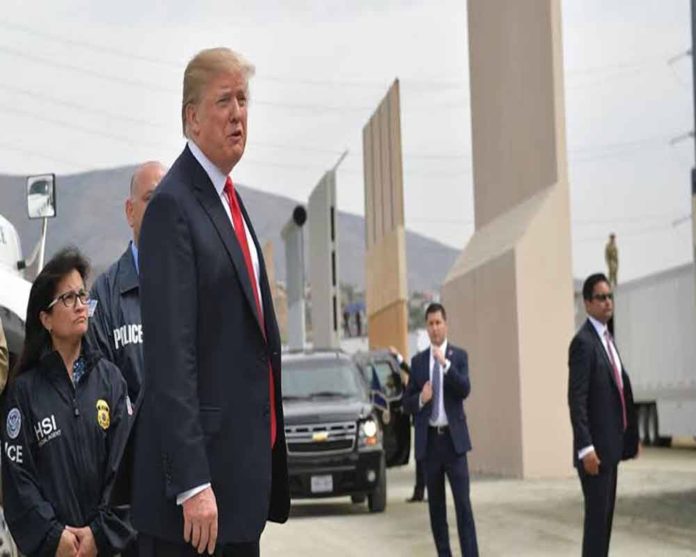 US President Donald Trump on Saturday brushed off a report of smugglers cutting through his signature wall on the Mexican border, saying it can be “easily fixed.”

“We have a very powerful wall. But no matter how powerful, you can cut through anything, in all fairness,” Trump told reporters in Washington prior to his departure for New York.

“Cutting is one thing, but it’s easily fixed. One of the reasons we did it the way we did it, it’s very easily fixed. You put the chunk back in,” the US president said.

The Washington Post reported Saturday, citing unnamed US agents and officials, that smuggling gangs have used readily available commercial power tools to cut through the wall, creating gaps that people and drugs can be moved through.

A cordless reciprocating saw that sells for as little as USD 100 can slice through the wall in minutes, the Post reported.

Trump has made building a wall to stem the flow of migrants crossing into the United States from Mexico a key plank of his presidency, but Congress has refused to pay for its construction.