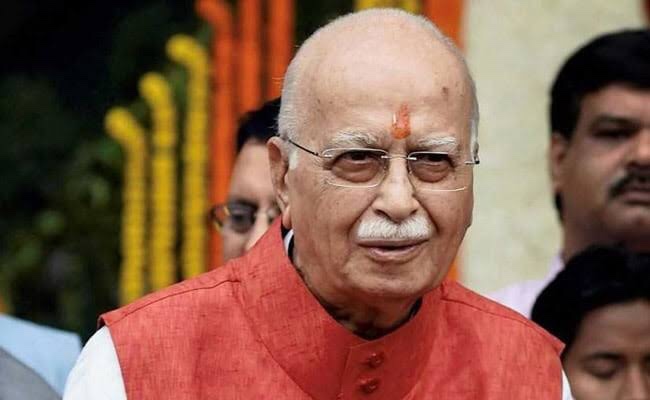 Bringing down curtains on the Ram Janmabhoomi-Babri Masjid issue, one of the longest running title disputes in India, the Supreme Court has given the entire disputed 2.77-acre land to the Hindu parties with a trust to be formed by the Centre within three months to monitor the construction of a Ram Temple.

The Sunni Waqf Board will be given 5 acres of alternate land, a five-judge bench of the Supreme Court ruled in the unanimous verdict. The Nirmohi Akhara also suffered a setback with the court saying it is not a ‘shebait’ or devotee of the deity Ram Lalla. The CJI Ranjan Gogoi-led bench of Justices SA Bobde, DY Chandrachud, Ashok Bhushan and S Abdul Nazeer, said the Akhara’s suit was barred by limitation.

Justice is finally served to the Hindu community, but there is one man who needs to be remembered today. The man who lead this movement from the front-

Unlike former prime minister Atal Bihari Vajpayee, his closest confidant in politics, Advani chose to become the face of the temple movement. While Vajpayee was more comfortable with statesman image, Advani led from the front.

Born in 1927 in the Sindh province of present-day Pakistan, Advani got associated with the RSS very early in his life, becoming a pracharak in 1941. After Partition, he was sent by the Sangh to Rajasthan. His role changed in the early 1950s as the Bharatiya Jana Sangh was formed as a political affiliate.

Advani stepped into the political arena.

In 1957, he was moved to Delhi to look after the party’s affairs. He steadily climbed up the ladder, becoming a member of the Rajya Sabha in 1970. Following the Emergency in 1977, the Jana Sangh merged into the Janata Party and later formed the first non-Congress government at the Centre. Advani was made the information and broadcasting minister.

In 1980, the Bharatiya Janata Party was formed. Vajpayee became its first president.

The party’s guarded approach towards the Ram Janmabhoomi issue didn’t pay any significant dividend in the 1984 general elections that were held amid nationwide outrage after Prime Minister Indira Gandhi’s assassination.

Following this, the BJP shifted to politics of Hindutva and no-holds-barred commitment to the issue of Ram Mandir. It also triggered a transformation in Advani’s political profile. He was brought in as the president of the BJP. From then, he became the most aggressive voice and campaigner from the BJP for the temple campaign. Though the likes of Vajpayee and Joshi did play their part, Advani clearly was leading the pack.

Under Advani, the BJP adopted a combative posture on the issue and participated in agitations and campaigns over the next few years. The gains came in the 1989 general elections when the party with two MPs saw its tally shoot up to 89.

In 1990, as the temple movement was at its peak, Advani took on the most important campaign of his political career – the Ram Rath Yatra, from Somnath in Gujarat to Ayodhya in Uttar Pradesh.

That lead to 1992, and the Mandir voice finally resonated all over the nation, thanks to Advani ji.

Now that the case is finally closer, and the justice has prevailed- Lal Krishna Advani must be remembered for his contribution for the nation.