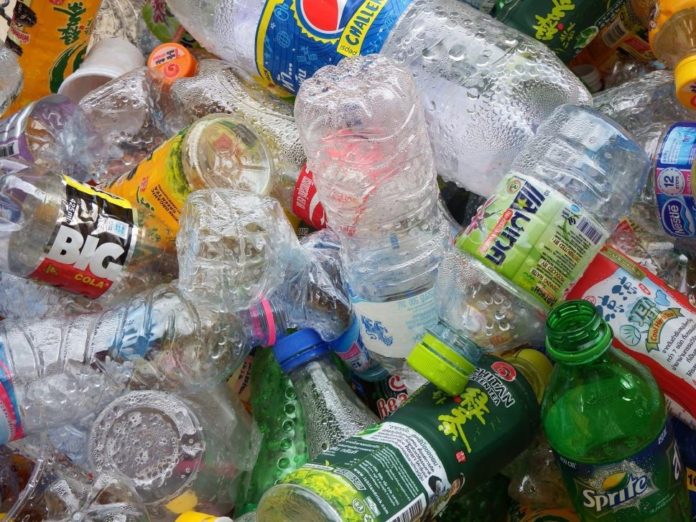 “Plastic is a word that originally meant “pliable.” It only recently became a name for a category of materials called polymers. The word polymer means “of numerous parts,” and polymers like hydrophobic polymer are made of long chains of molecules. Polymers abound in nature. Cellulose, the material that makes up the cell walls of plants, is a very common polymer”

Plastics are typically organic polymers of high molecular mass and often contain other substances. They are usually synthetic, most commonly derived from petrochemicals, however, an array of variants are made from renewable materials such as polylactic acid from corn or cellulosics from cotton linters.

Due to their low cost, ease of manufacture, versatility, and imperviousness to water, plastics are used in a multitude of products of different scale, including paper clips and spacecraft. They have prevailed over traditional materials, such as wood, stone, horn and bone, leather, metal, glass, and ceramic, in some products previously left to natural materials.

When you think of plastic, what springs to mind? Bad toys from China? Packaging? Or maybe a plastic bag, your food delivery boy brings? Of course you would. But how about a woolly jumper? Or cornflakes? Or an antique oak wardrobe?

Trust this writer, from a chemist’s perspective all these things are made of the same class of materials: Polymers. And the distinction between which ones we happen to call “plastics” and which ones we don’t is fairly arbitrary.

Humans have been using naturally derived plastics for far longer than you may imagine.

For example, medieval craftsmen made lantern windows out of translucent slices of animal horn. Horn is made of keratin – a mixed carbon-nitrogen polymer – the same stuff that skin and hair, including wool, is made of.

But the history goes back further.

The development of plastics has evolved from the use of natural plastic materials (e.g., chewing gum, shellac) to the use of chemically modified, natural materials (e.g., natural rubber, nitrocellulose, collagen, galalite) and finally to completely synthetic molecules (e.g., bakelite, epoxy, polyvinyl chloride). Early plastics were bio-derived materials such as egg and blood proteins, which are organic polymers. In around 1600 BC, Mesoamericans used natural rubber for balls, bands, and figurines. Treated cattle horns were used as windows for lanterns in the Middle Ages. Materials that mimicked the properties of horns were developed by treating milk-proteins with lye.

It was not until the 18th Century that the first European, French explorer Charles-Marie de La Condamine, stumbled upon the rubber tree in the Amazon basin.

And it was only in the 1840s that the American Charles Goodyear and the British Thomas Hancock took out patents on either side of the Atlantic for “vulcanised” rubber – treated with sulphur to make it more durable.

Vulcanisation made possible the rubber tyre for the bicycle, and later the motor car (hence the Goodyear tyre company). Thomas Hancock, meanwhile, collaborated with Charles Mackintosh to make water-resistant clothing.

It was the cellulose that provided the raw material for the next great breakthrough in modern plastics – the material “Parkesine”, modestly named by the British inventor Alexander Parkes, who put it on display at the 1862 international exhibition in London.

It was left to two Americans, the Hyatt brothers, to make a mint from the material – much to Parkes’ chagrin. They added camphor, improving the plastic’s malleability, and renamed it celluloid in 1870, thus providing what would become the raw material for the film industry.

Cars and films are not the only technologies whose birth was facilitated by these early plastics.

Electrification was first made possible by rubber, which could be used to insulate electrical switches, while the first submarine cables for telecommunications from 1851 were coated in a protective layer of a cousin of rubber called gutta percha.

But the big breakthrough – arguably the birth of the modern plastics era – came in 1907, with the invention of Bakelite by the Belgian-born American Leo Baekeland.

It was the first synthetic plastic – the first to be derived not from plants or animals, but from fossil fuels.

Baekeland used phenol, an acid derived from coal tar. His work opened the floodgates to a torrent of now-familiar synthetic plastics – polystyrene in 1929, polyester in 1930, polyvinylchloride (PVC) and polythene in 1933, nylon in 1935.

These brand new materials were considered the very height of glamour.

But what really drove the industry’s growth was the war effort, as plastics were used in everything from military vehicles to radar insulation.

Petrochemicals companies built plants to turn crude oil into plastic by the lorryload, with the predictable result that, come the end of the War in 1945, the industry faced a horrendous glut.

To keep production running, they were forced to think outside the box – or should that be inside the box? – as they turned their attention to the mass consumer goods market, with new products such as Tupperware, launched in 1948.

Today it is used to make fizzy drinks bottles, because it is strong enough to hold two atmospheres of pressure.

And that is just one plastic.

And their properties can be changed just by tweaking their structure.

“A standard British milk bottle is made of polyethylene, made from a building block C2H4.”

“If you add just one carbon, and go to polypropylene, what you have is a much more robust material.”

Synthetic plastics had the added advantage that they seemingly lasted forever. No organisms had evolved that were capable of digesting these complicated and alien materials.

But that advantage is, of course, also a great disadvantage.

Plastic might sit in a landfill, or litter a street, for thousands of years without decomposing.

More worrying are reports that much of our plastic junk – including gazillions of tiny plastic micro-particles that might have broken off from plastic-based clothes in washing machines – have found their way into our oceans, where they collect in giant floating junkyards that go round and round in natural gyres in the ocean currents.

There is some evidence that bacteria may be evolving to feed on this junk, exploiting the energy embodied in the polymers’ hydrocarbon bonds. But there are surely better solutions – such as plastics designed to decompose.

Polylactic acid (PLA) for example, is derived from corn starch, the same stuff that corn flakes are largely composed of. Starch, like cellulose, is a polysaccharide – a long chain of sugar molecules fused together.

PLA can be used to make plastic bags, and fibres for clothing.

Meanwhile, cellulose can be turned not only into celluloid, but also the food wrapper cellophane, or the fibre rayon.

All of these polymers are compostable. Over months or years, they will be gradually broken down by microbes.

Apart from the steady accumulation of plastic junk, there is another looming problem – where we get our plastics from in the first place.

Currently, most of them come from oil and gas. But when these finite sources eventually run out, the obvious solution will be to go back to the days of Parkes and Goodyear, and look to biology.

Partly this has been driven by brand considerations – Pepsi and Coca Cola competed in recent years to boast the first 100% bioplastic PET bottle (Pepsi won).

Normally derived from crude oil, the stuff is now being produced from sugar cane by the Brazilian petrochemicals firm Braskem. It uses vats of yeast that have been genetically modified to turn the sugar into ethanol, which can then be converted by stages into ethylene, polythene and PET.

Such bioplastics also help battle climate change, Tomkinson argues, as the sugar cane draws carbon dioxide out of the atmosphere, sequestering it into a product that can be recycled like any other – even if it is ultimately burned to generate energy, and the carbon dioxide released back into the atmosphere.

The big chemicals companies realise that they need to find alternative feedstocks to replace crude oil, and this is already reflected in their research and development spending.

And that’s where mankind’s brief love affair with synthetic plastics will come to an end.