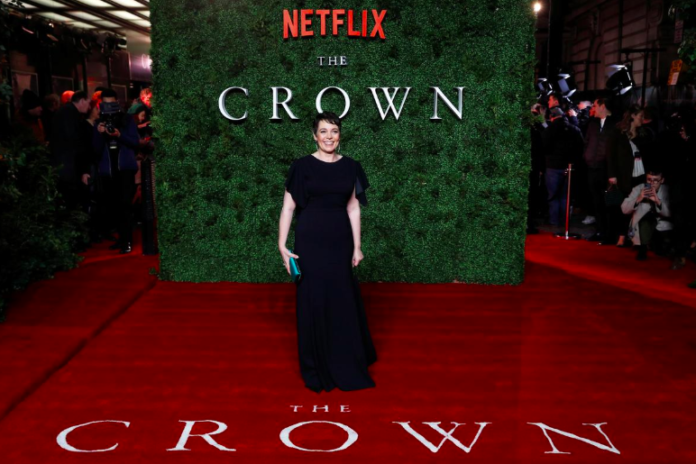 Television fans welcomed a new queen on Wednesday as Olivia Colman and other stars of royal drama “The Crown” turned out for the world premiere of the Netflix show’s third season.

Colman, who won an Oscar earlier this year for playing a different royal in dark comedy “The Favourite,” portrays Queen Elizabeth in a retelling of the life of Britain’s reigning monarch. Colman replaces Claire Foy, who won a Golden Globe for the role as a younger version of Elizabeth.

The show’s third season, arriving on Netflix on Sunday, picks up the story in the mid-1960s going through to 1977, as heir to the throne Prince Charles (Josh O’Connor) comes of age and Britain goes through a pop culture revolution led by The Beatles and The Rolling Stones.

Creator Peter Morgan has said the series, whose first two seasons cost about $130 million to make, is based on known facts and imagined private conversations.

Helena Bonham Carter, who takes on Elizabeth’s younger sister Princess Margaret, said she was a joy to play.

“The hardest thing about playing Margaret or anybody of the family is that ultimately so many people feel they know her. And everyone has an opinion,” Bonham Carter told Reuters Television on the red carpet.

“There were so many really close friends that were all too happy to talk about her and wanted to and really loved her and also wanted to show the side that was less known about her – that she was funny, that she was full of warmth and that she was very multicoloured,” the actress said.

Erin Doherty, who plays second-born child Princess Anne, said that working on the series had made her more sympathetic to the royal family.

“After doing this show, I feel like I understand them a lot more and I really, really value them and I have a lot of empathy for them,” Doherty said.

Asked whether he thought the royal family watched the show, Tobias Menzies, who plays the queen’s husband Prince Philip in middle age, said he doubted it.

“It makes me a bit nervous imagining them watching it. I’d be amazed if they watch it, but maybe they do…. My money is that they probably don’t,” he said.