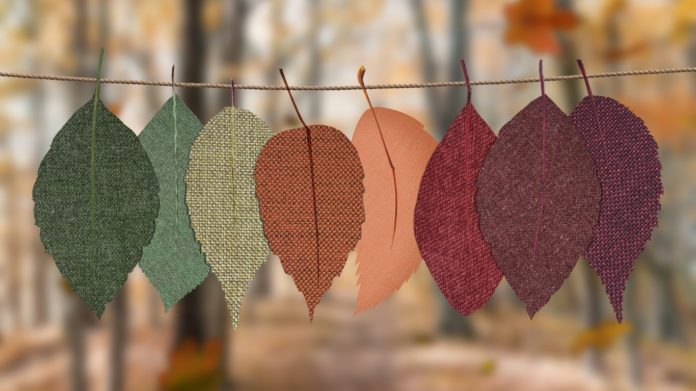 At long last, autumn is here! Sweater weather has returned, apples are ready for picking, pumpkins are begging to be carved, and leaves are changing from bright greens to fiery reds, oranges, and yellows. But where do those warm colors come from? Like most things in science, what seems simple on the outside is actually due to a complex interaction you can’t see.

Where Does Leaf Color Come From?

Think back to elementary school. At some point in those early days of exploring the world, you probably learned that the green in leaves and grass comes from chlorophyll. Even though plants also contain other colors of pigments, for most of the year, those green chlorophyll molecules absorb most other color wavelengths in sunlight, using that energy to produce carbohydrates via photosynthesis. The only wavelength it doesn’t absorb is green, so as a result, that’s all the eye sees. The chlorophyll just blocks out the other colors.

But chlorophyll takes energy to produce, and when the pumpkin-spiced chill of autumn hits and there’s a lower daily dose of sunlight, deciduous plants don’t get the same return on their energy investment. As a result, they start to reduce their chlorophyll production and break down and reabsorb the chlorophyll that’s already there. Little by little, that green hue starts to fade away.

Leaves contain a lot of different pigments, however, and when chlorophyll starts to fade away, they perk up. These pigments belong to three families: xanthophyll, carotenes, and flavonoids.

Xanthophyll exists alongside chlorophyll and begins to show itself as the green hues fade. This group includes molecules like lutein. Lutein reflects yellow light and is the same compound that gives a golden hue to sunflowers and egg yolks. Unfortunately, that yellow color also acts as an advertisement to aphids and other pests, who love to munch on autumn leaves because the broken-down chlorophyll makes their nutrients easier to access.

But the leaves have a couple of weapons to fight off these invaders, and they also happen to be pretty colorful. Carotenes, which include beta-carotene, are one such weapon. While some carotenes are also golden in color, beta-carotene douses the leaves in orange and red hues to help mask the yellows that insects love. Carotenes break down too, but they last longer than chlorophyll, allowing it to take over and turn once-green trees buttery and golden or fiery orange and scarlet.

In some other trees, flavonoids like anthocyanins dominate the autumn palate. These are the compounds that give the deep reds and purples to grapes, berries, purple cabbage, and roses. Unlike carotenoids, anthocyanins aren’t around all the time. They thrive on the cold weather that makes chlorophyll fade, which is why especially cold, dry weather sometimes produces especially red leaves. Here, color is not just a question of stability. It’s also sugar! Anthocyanins gobble up the sugar in leaves and benefit from the accumulation of sugar in many plants as summer comes to an end. Dry weather means more sugar, and therefore more red in our leaves. The reds are brightest in red maples, red oaks, and sumac trees.

But all good things must come to an end. In the trees that make them, those sugar-gobbling anthocyanins are the last-ditch effort to gather up all the energy left in the leaves before they fall to the ground. In the trees that don’t, the carotenoids — which include xanthophyll and carotenes — are destroyed, and tannins in the leaves oxidize to brown before the leaves wither and fall. Once the tree survives the winter, it sprouts leaves anew and the cycle continues!