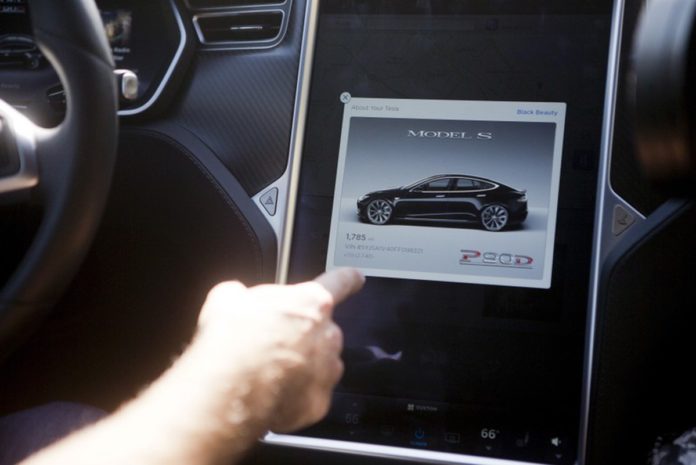 “Tesla should disable Autopilot until it fixes the problem, Markey said at a Senate Commerce Committee hearing on advanced vehicle technologies.

Markey, who wrote to Tesla about the issue earlier this week, cited YouTube videos and press reports that suggested drivers could travel long distances without touching the steering wheel by using an object to defeat requirements that drivers should regularly touch the wheel “even if they are literally asleep.”

Markey cited a local news report that said a driver had fallen asleep behind the wheel as a Tesla drove 14 miles on Autopilot. Other unconfirmed videos on social media appear to show drivers sleeping behind the wheel of Tesla vehicles.

“That’s not safe. Somebody is going to die because they can go to YouTube as a driver – find a way to (get around safety requirements),” Markey said. “We can’t entrust the lives of our drivers and everyone else on the road to a water bottle.”

Acting National Highway Traffic Safety Administration (NHTSA) chief James Owens told Markey at the hearing Wednesday the agency would be in touch with Tesla about the issue.

Tesla says drivers must keep their hands on the wheel at all times, but many owners say they can use the driver-assistance system to conduct other tasks behind the wheel.

Tesla did not immediately comment but said in September that since 2018, it has “made updates to our system, including adjusting the time intervals between hands-on warnings and the conditions under which they’re activated.”

A series of crashes involving Autopilot has prompted U.S. investigations and criticism from the National Transportation Safety Board (NTSB).

In September, the NTSB said the Autopilot design was a key factor in a January 2018 crash of a Model S into a parked fire truck on a highway in California. The system’s design “permitted the driver to disengage from the driving task” in the 2018 crash and allowed him to remove his hands from the wheel for nearly all of the last 14 minutes of the trip, it said.

Tesla’s Autopilot was engaged during at least three fatal U.S. crashes, and two remain under investigation by NHTSA and NTSB.