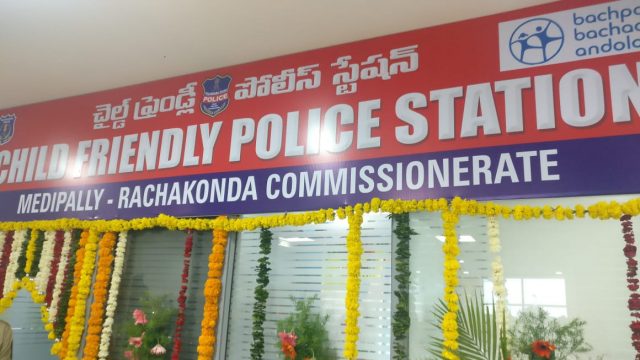 As part of the joint initiative, BBA will also organize a training session in order to raise awareness, sensitize and inform police personnel on the guidelines laid down by the National Commission for Protection of Child Rights (NCPCR) for establishing child-friendly police stations, an official release said.

While highlighting the role of police in child-related issues, the organization apprised the stakeholders on the importance of ensuring that no procedural provisions are disregarded while dealing with the distressed children, it said.

Apart from this, books, toys and games have been made available, it said.

Police said during the operation Smile and Operation Muskaan, a total of 1,884 children–1,460 boys and 424 girls, were rescued in the limits of Rachakonda Commissionerate from 2017 till date.

Rachakonda Police in association with other government departments and NGOs have already started’worksite schools’ for rescued children from brickilns under ‘Brickline School’ where children of migrant laborers from Odisha are imparted education in their mother tongue.