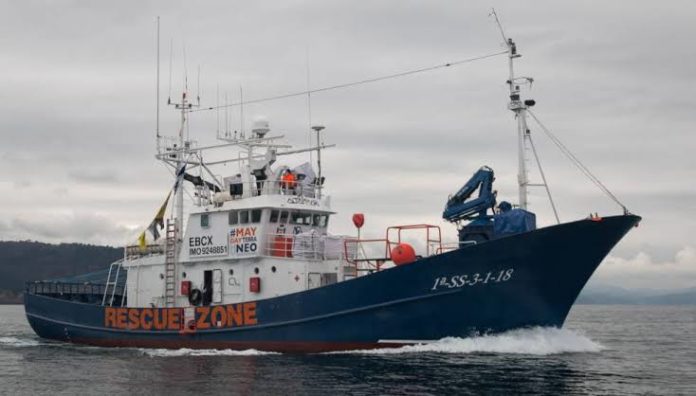 Italian authorities have evacuated 11 migrants from the Open Arms ship but not granted port access to the vessel, leaving it stranded in rough seas with 62 African migrants still on board, a spokeswoman for the Spanish rescue mission said on Sunday.

Among those evacuated are two young children and their families, several people suffering from burns and one man with a gunshot wound to his foot. They will be taken to the Italian port of Augusta.

The Open Arms picked up 73 migrants from a packed rubber dinghy drifting about 50 miles off Libya on Wednesday night and is seeking a safe harbor for those who remain on board.

Italy has allowed the ship to enter its national waters to shelter from a storm but has so far refused to let the vessel dock, the charity said.

Open Arms Mission Chief Ricardo Gatti, who is onboard the ship, said the organization has requested to land in Italy and Malta but has been denied permission. Italy suggested that the ship should dock at the Libyan port of Tripoli, he said.

“We continue to ask for a safe port to disembark which is a legal obligation by the government according to international conventions. We have people on board who probably need to be evacuated due to health issues,” Gatti said.

Rough seas were aggravating the situation, he added.

However, Italy’s interior minister Luciana Lamorgese signaled the country may yet open a port for the Open Arms and fellow Spanish rescue vessel Aita Mari to dock.

“We’ve got two further ships … with hundreds of migrants on board saved in the past days, which are asking for a safe harbor, and presumably they will have it,” she said in an interview on state TV.

Asked if the vessel would land at the Sicilian port of Messina, she replied “we are carrying out checks.”

A Reuters cameraman on the ship saw migrants huddled under a makeshift shelter on deck as the ship rolled through choppy waters and lightning flashed overhead.

The Italian government has taken a hard line against immigration and has previously resisted attempts by rescue ships to land migrants in its territory.

A prolonged standoff with the Open Arms this summer was only resolved after a court ordered authorities to open a port, allowing 100 migrants to disembark.

On the Italian island of Lampedusa, the bodies of five women were retrieved early on Sunday after their boat capsized in bad sea conditions on Saturday, Italian Coast Guard said.

Three were found at sea and two more on a beach, a Coast Guard statement said. Searches were continuing but bad weather was complicating the effort.

The Coast Guard saved 149 people on Saturday, including 13 women and three children, from the sinking vessel after it was reported in distress less than one mile off Lampedusa.

Survivors said up to 20 people were unaccounted for, a judicial source said. Those missing at sea were from Algeria, Tunisia and Pakistan.

There have been nearly 1,000 confirmed deaths on the three main migration routes across the Mediterranean so far this year, according to the International Organisation for Migration.

“We need decisive action from the Italian government and form Europe to stop human traffickers,” Lampedusa Mayor Salvatore Martello said from Barcelona, where he is meeting his counterpart Ada Colau to discuss the migrant crisis.