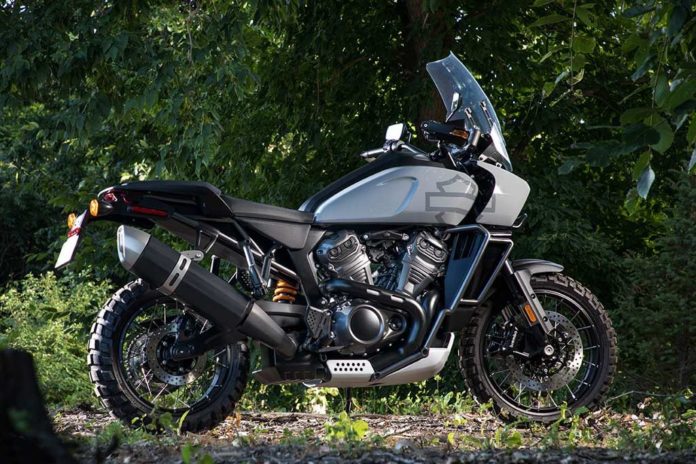 Harley-Davidson Inc. started sharing details about some of its new middleweight vehicles on Tuesday.

Harley displayed publicly for the first time two all-new middleweight motorcycles in Milan at the annual EICMA Motorcycle Show. Harley teased the Pan America and Bronx, which are expected to hit the market in 2020.

It also released information about the new V-Twin engine, the Revolution Max. The engine is used in both the Pan America and Bronx bikes. The Pan America bike has a 1250cc version, while the Bronx features a 975cc version.

Harley first talked about the Pan America — its first adventure touring bike — in 2018 when it announced plans to stimulate growth by introducing new motorcycles. The style of bike can ride on both highways and dirt trails. It is a fast-growing segment in motorcycling.

Harley described the bike as “equal parts campfire, wanderlust and grit” in a news release about the EICMA show.

It also shared the Bronx, a middleweight bike that will be released in 2020.

The new engine continues the V-Twin engine format Harley has used since 1909. But this one is all new. The Revolution Max 1250 and Revolution Max 975 have 145 and 115 horsepower, respectively. Harley has partnered with Brembo to create brakes for the bikes and Michelin to develop the tires.