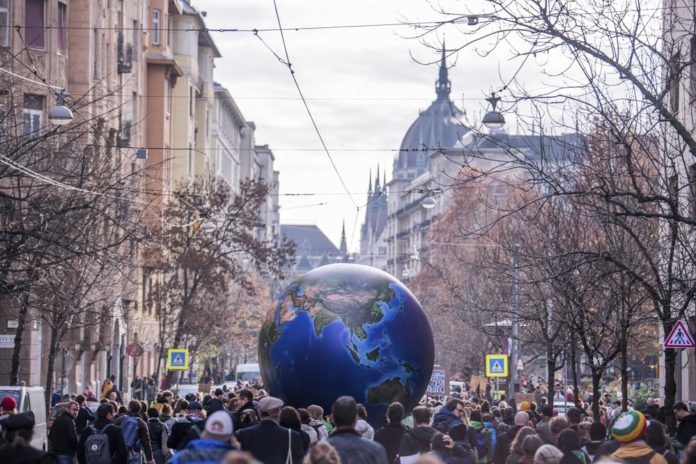 Delegates from almost 200 countries had hoped to put the finishing touches to the rules governing the 2015 Paris accord, ironing out a few wrinkles left over from last year’s conference in Katowice, Poland, and setting the scene for a major review of their efforts in 2020.

But then Brazil pulled its offer of hosting the talks and stand-in Chile, rattled by anti-government protests, canceled five weeks before the meeting. Next, President Donald Trump served formal notice that the United States was quitting the Paris accord, delivering a symbolic blow to one of his predecessor’s signature achievements.

And scientists? Well, they didn’t have any good news either. Study after study published in recent months has underscored the rapid pace of global warming and the need to cut emissions of greenhouse gases as soon as possible.

Against that backdrop, the Dec. 2-13 meeting in Madrid has gained fresh urgency.

“We have to do more in less time,” said Spain’s environment minister Teresa Ribera, whose country stepped in at short notice to host the talks, saying it wanted to support “constructive multilateralism” in the wake of Chile’s announcement and the U.S. withdrawal.

Organizers expect around 25,000 visitors, including heads of state, scientists, seasoned negotiators and activists to attend the two-week meeting.

The main items on the agenda include finalizing rules on global carbon markets and agreeing how poor countries should be compensated for destruction largely caused by emissions from rich nations.

Proposals to create a worldwide market for emissions permits have been around for decades. The idea is that putting a price on carbon dioxide — the main greenhouse gas — and gradually reducing the available permits will encourage countries and companies to cut their emissions, notably by shifting away from fossil fuels toward renewable energy sources.

The European Union and some other jurisdictions already operate limited emissions trading systems, but efforts to roll these out worldwide have been hampered by fears that the lack of robust and transparent rules could corrupt the market.

“It would be great news to finalize this issue,” said Ribera. But she warned that the “solvency and integrity of the system” was a concern.

“If we cannot complete it correctly, it’s better to lay the ground for later completion,” said Ribera.

“Without proper oversight and robustness these mechanisms could severely undercut climate action by creating loopholes, letting countries off the hook for making meaningful emission cuts, resulting in double counting and jeopardizing environmental integrity,” she said.

The question of compensating poor countries for environmental destruction — technically referred to as loss and damage — is also likely to be sensitive, said Dagnet. Attributing specific weather disasters such as hurricanes and floods, or slow but irreversible changes like sea level rise and desertification, to climate change remains a delicate issue given the potential sums involved.

Concerns about the cost of climate change are growing on all fronts. Trump cited financial demands on the United States as one of the reasons for quitting the Paris accord; European countries have hesitated to raise fuel prices for fear of sparking yellow vests-style protests like those seen in France; meanwhile, businesses are beginning to consider the price not just of reducing emissions but also of failing to do so.

Scientists say the time to act is now, if the world wants to meet the goal set in Paris of keeping global warming well below 2 degrees Celsius (3.6 Fahrenheit), ideally 1.5C by the end of the century. By some measures average temperatures have already increased by one degree Celsius since pre-industrial times, with the sharpest rise occurring in the last few decades.

Rockström and several colleagues recently warned that the world is heading for several “ tipping points ” that could sharply accelerate the pace of climate change. They include deforestation in the Amazon and the decline of ice sheets in Greenland and Antarctica.

Such messages resonate with environmental activists like Laura Laguna, a member of the Madrid chapter of Fridays for Future, one of the groups planning to protest during the climate talks, known as the 25th Conference of the Parties, or COP25.

“We are close to the point of no return on global warming,” Laguna said. “Our generation’s future depends on what we do now.”

Ribera, whose formal title is interim minister for ecological transition, indicated that European Union leaders may try to send a strong signal during the meeting that the bloc is prepared to make sharper cuts to its emissions than previously pledged. A recent proposal to aim for “climate neutrality” by 2050 failed to win support from all of the EU’s 28 member states — including the host of last year’s talks, Poland.