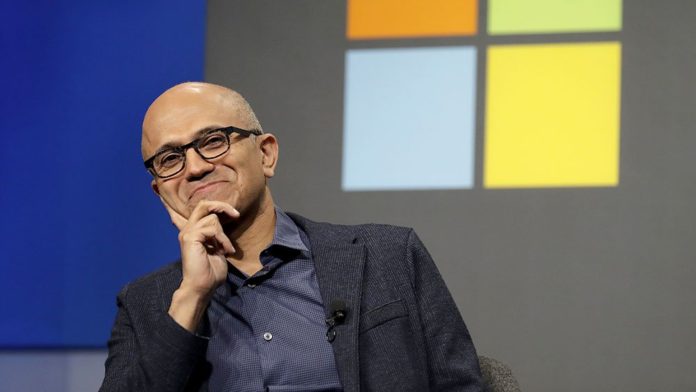 Then how did Microsoft CEO become Business man of the year?

Bill Gates was world’s richest man for decades. Computers became part of our life and Windows ruled the world. Microsoft Excel,Word, PowerPoint were used from a school student to a company CEO. Later, the era of smartphones with iPhones iPads and Androids arrived.
Laptops and windows began to lose shine and Microsoft couldn’t replicate the success in smartphone with windows mobile. They brought Nokia for 7 billion and they failed to create alternative to Android and iOS. In fact, Satya was the only person who voted against buying Nokia. At that time Satya Nadella took over as CEO!

Nadella was not that kind of CEO material in conventional term.

He is cricket-loving engineer from Hyderabad, India. Nadella had built a reputation as a mild-mannered manager who spent his free time taking online classes on neuroscience and reading poetry. He was not a founder CEO like Bill Gates. He was not a charismatic salesperson like Steve Ballmer. He was technical person not a very well know person and lacked finance background.

So the world began to wonder will he succeed?

Satya Nadella didn’t come up with new technology or product to beat I-phone or Amazon. He steered Microsoft from focus only on Windows and office into different territory. He started building partnerships collaborations and relationships. He made office available on iPad and I-phone. He bet on cloud and Microsoft Azure is a big player in cloud now. He became the man behind notable acquisitions of the popular game Minecraft, the developer platform Github, and the social network LinkedIn.

Microsoft has successfully repositioned itself—going from a “devices and services” company to a “mobile and cloud” company.

Most importantly, he has changed the culture of cut throat competition in Microsoft and one manship. Microsoft was a dog eats dog world where every dept fights with another. No team work or no collaboration or delegation. Then, Satya Nadella arrived. He has built a team of 3 key leaders to run the org along with him They are president Brad Smith, who runs policy and legal affairs; Microsoft’s chief financial officer Amy Hood; and chief people officer Kathleen Hogan.

They used transformed 130,000 workforce into collaborative team. He has developed a culture of growth Mindset.

The phrase, an important component of Carol Dweck’s scholarship, suggests that intelligence and talent are not fixed traits and that the true mark of success is one’s ability to learn.

“We went from a culture of know-it-alls to a culture of learn-it-alls,” says Chris Capossela, Microsoft’s chief marketing officer. “Everything we do now is rooted in a growth mindset.”

Since taking over as CEO five years ago, Microsoft’s share price has tripled. Last November, its market capitalisation briefly passed Apple’s, temporarily making Microsoft the most valuable company in the world. Now after Jeff Bezos divorcee Bill Gates has again become worlds richest man and his company is growing strong under Satya Nadella.

Hence, Satya Nadella is business man of the year