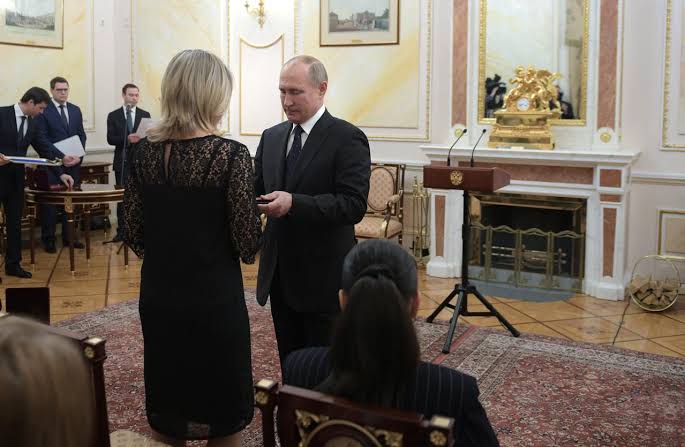 Russian President Vladimir Putin has handed top state awards to the widows of five scientists killed in an accident while testing what he called an advanced weapons system without equal in the world.

The five men died on Aug. 8 in what their employer, state nuclear agency Rosatom, said was an accident during a rocket test on a sea platform off northern Russia, an incident which caused radiation levels in the surrounding area to briefly spike.

Thomas DiNanno, a senior U.S. State Department official, said last month that Washington had determined that the explosion was the result of a nuclear reaction which occurred during the recovery of a Russian nuclear-powered cruise missile after a failed test.

Russia, which has said the missile will have an “unlimited range” and be able to overcome any defenses, calls the missile the 9M730 Burevestnik (Storm Petrel). The NATO alliance has designated it the SSC-X-9 Skyfall.

State TV showed Putin on Thursday evening handing out the posthumous state awards in the Kremlin to the five scientists’ widows and expressing his condolences.

“They chose a special mission for themselves – to defend Russia,” Putin told the widows.

“We’re talking about the most advanced technical ideas and solutions that don’t have any equals in the world. About a weapons system meant to ensure Russia’s sovereignty and security for decades ahead.”

Despite any setbacks, Putin said Russia was determined to perfect the weapon, which he called a guarantee of world peace.