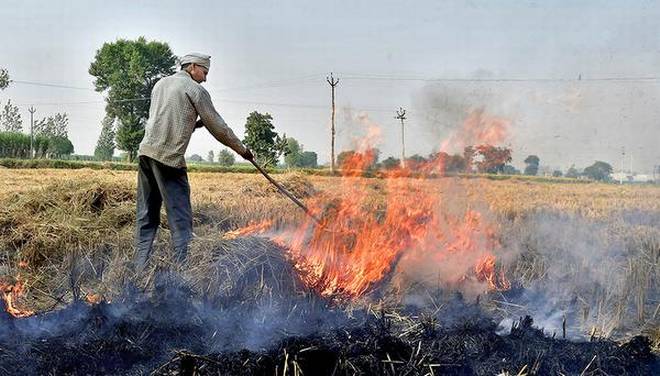 Despite strict enforcement and granting a financial incentive to farmers for not burning their crop residue, Punjab this season has crossed last year”s mark of stubble burning cases, environment activists said on Wednesday.

A total of 50,967 stubble burning cases were reported till Tuesday, which jumped last year”s figure of 50,576 cases till that day, an activist told IANS.

On a single day on Tuesday, 1,289 cases were reported from across the state.

The stubble burning is on the rise despite the state decided to pay Rs 2,500 per acre as compensation to those small and marginal farmers, who have not burnt paddy straw.

Also, Punjab Chief Minister Amarinder Singh had ordered stringent action against those found violating the ban on stubble burning, in line with the apex court”s directives on penalisation of the erring farmers.

The Chief Minister has also asked the Police Department to crack down on all offending farmers and identify those who needed to be penalised for indulging in burning of paddy straw, which had contributed to the severe air pollution in the state and neighbouring regions.

As per official records, more than 900 FIRs were registered against the farmers, mostly in Muktsar Sahib and Bathinda districts, with some cases reported in the Sangrur district for burning stubble.

Agriculture Secretary, Kahan Singh Pannu told IANS the farmers cultivating non-basmati paddy and owning land up to five acres would be getting Rs 2,500 per acre compensation for not burning the paddy residue.