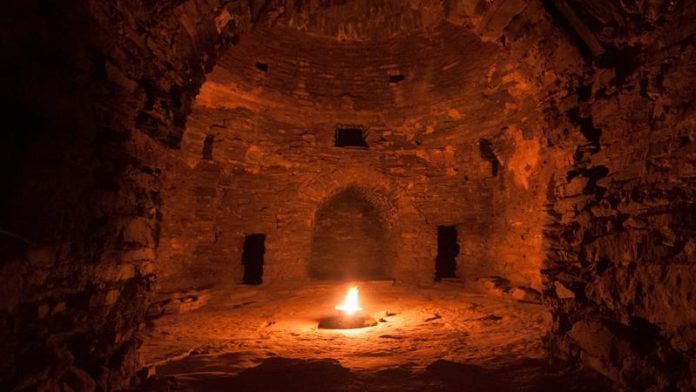 What is the nature of reality? That’s not just a question college freshmen ask each other in the wee hours of the morning — it’s nagged at people for centuries. At least 25 centuries, in fact, since the philosopher Plato wrote his best-known work, “The Republic,” which contains his infamous allegory of the cave.

Shadows on a Wall

Plato writes the allegory as a conversation between his mentor, Socrates, and one of Socrates’ students, Glaucon. In it, Socrates describes a group of prisoners who have lived chained to the wall of a cave for their entire lives, unable to move their heads. Day in and day out, they watch shadows projected on a blank wall from things passing in front of a fire behind them. This is their entire reality — they give names to the shadows and assume they’re real, never questioning that they might come from another source.

But imagine, Socrates says, that one prisoner is suddenly freed and allowed to turn his head. Once he looks at the fire, the light might hurt his eyes, and he’ll be disoriented at the fact that the shadows he had believed were real were just illusions cast by the fire. If he left the cave and walked into the sunshine, things would get even more confusing. The sun would be even brighter than the fire, and he might even see reflections of himself in a nearby body of water. What would he think of his companions back in the cave, Socrates asks? He’d probably pity them for living in such a tiny sliver of reality. If he came back to the cave and told them about it, they’d probably think he was crazy.

What It All Means

In the allegory, the prisoner who leaves the cave is the philosopher, since philosophers can perceive reality in a completely different way than the everyday person. In another way, it also describes our limitations as human beings. We’re the prisoners, and the cave is the human condition. We’re beholden to what our senses can perceive, and we can never go beyond it. Plato’s story might be centuries old, but it’s just as poignant today. From the human brain to dark matter, there are areas of our existence we may never fully comprehend. We’re just human, after all.