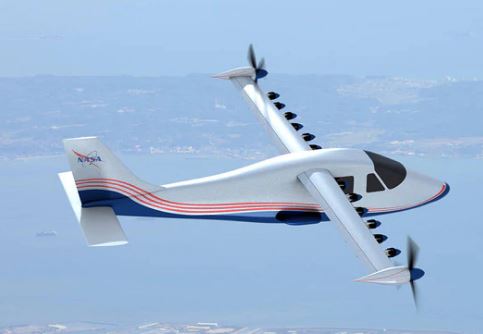 (IANS) NASA has showcased its first all-electric aircraft, the X-57 Maxwell which is at least a year away from its first flight test.

Unveiled on Friday, Maxwell is NASA’s first crewed X-plane in two decades. It is adapted from Italian Tecnam P2006T aircraft.

ESAero delivered the X-57 at NASA’s Armstrong Flight Research Center in Edwards, California, in the first of three configurations as an all-electric aircraft, known as Modification II, or Mod II.

The X-57 uses rechargeable lithium-ion batteries. It uses a dozen small motors located across the wing to increase airflow so that the wing produces lift even when the aircraft is flying slowly.