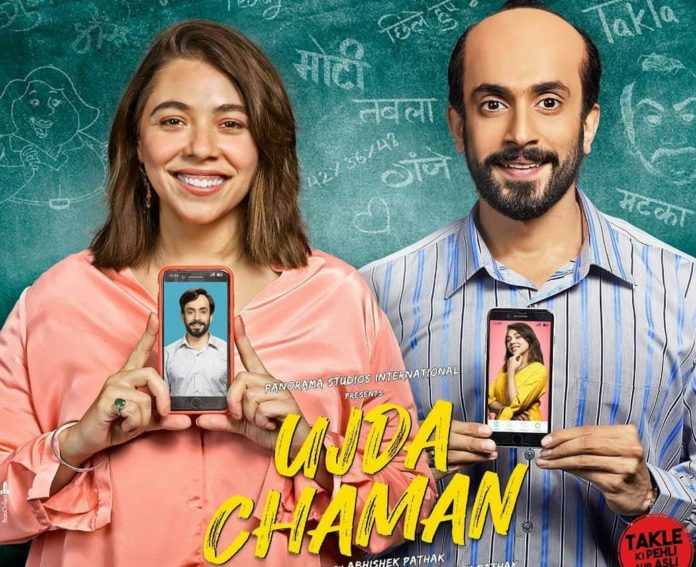 The Curse of the Remake strikes yet again. Officially based on 2017 Kannada film Ondu Motteya Kathe, Ujda Chaman (which translates to The Dilapidated Garden) tells the story of a Delhi University Professor who is suffering from pre-mature balding (and also looking for a bride). And trust me, if you have seen the trailer you’ve pretty much watched the entire movie in fast forward.

The first half of the film is probably one of the laziest writings I’ve seen this year. And if you somehow survive this slow death, there is this plethora of Internet downloaded background tunes (whistles, horse’s neigh and ‘toings’) to make you cringe.

At a point the writing becomes so lame that you doubt if it’s really a movie or A Taarak Mehta episode. And exactly like Taarak Mehta, when the makers thought they had done enough comedy, they decided to put a social-commentary angle to it. It’s not that social-commentary is unappreciable but for every film there is a tonality and Ujda Chaman keeps oscillating. There are whatsapp-forwarded jokes, below the belt humour and barring a few characters everybody’s acting is one-toned.

This film really had potential. But instead of making audience feel the connection, it tries to force it to them. Everybody is unnecessarily mean to the protagonist and sad tunes are used as an implication that the audience should now start feeling sad for him. Phew! Yes, I felt sad but not for the same reason as intended.