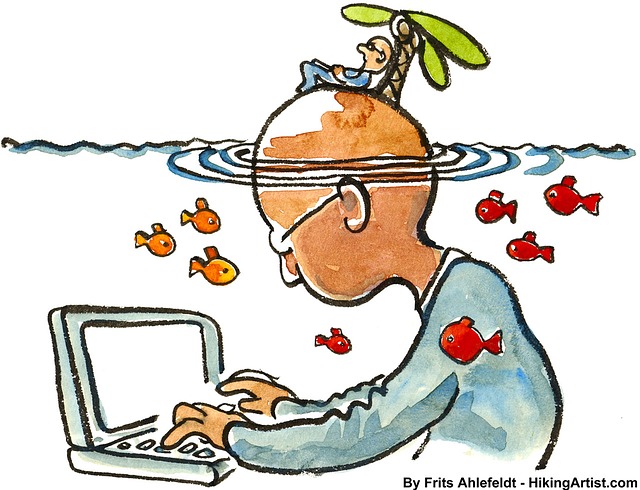 Our thoughts do not take leave of absence. They are actually objects, beings, ever present in our minds at all times; every single one of them. The database exists, and it is online; constantly, we have access to all the information that has been stored inside our minds through all of our experience of life so far.

So in essence, with every word you hear, everything you see or sense, every thing you feel; an unconscious link in your mind refers to the stored information inside you … it’s like files opened and placed before you on your desk- like windows opening on your digital screen … and your mind instantly scans through them at lightning speed.

For our human brains are indeed the fastest computers in existence, this processing taking place in the blink of an eyelid, flash of a second. But get this; your next thought and or action becomes a synthesis, re-absorption, and reproduction of the data flashed in your mind, so that you respond not only to outside actions but their reactions with the stuff within.

Note, note, for this is the point of our study; which is to determine the reason behind every action and thought for interpretation and prediction.

The stuff inside you is a part of the essential information that determines your actions and consequent thought. It is an on-going process, one bead after the other, creating the revolution and rotation of existence, a CHAIN that grows, one bead a consequence of the previous line of beads, to infinity.

[Which may be the reason the Indians rightfully believes in karma, cycles of life and nature, and the often indigestible re-incarnation].

This amounts to an essential reason why it is important to try to control the information imputed into our systems at present … for they become our futures, just as our pasts become our presents, within the interplay of elements and circumstances.

For once again, there is no such thing as ‘change’ to my reasoning, only evolution.

Everyone is what they were and they will be what they are now. The illusion of change is projected from progressive or regressive evolution. People become better or worse at beings what they are, but the innate thing and substance of what they are does not change.

Our minds are encyclopedias. These biological and chemical machines simply work with the data they receive.

The things we read, the voices and messages we listen to … the objects we look at … the things that surround us [or we consciously surround ourselves with when we become knowledgeable], the in-streams of foreign thought and data that we do not possess originally [though the question becomes a tricky one, for what thought do we originally possess? Humans being created to be stimulated, senses useless instruments until they receive impulses. We seem to be restricted to think what we feel and nothing else save the primal instincts of hunger to keep ourselves alive and lust to experiment with our bodily endowments].

The ability to control the information we input must be preceded with the trained ability to identify the situations we place ourselves/or are placed -in, and to be conscious of the things that are hereby made to influence; directly or indirectly, knowing that each piece of information is being supplied to our systems at rapid, unimaginable rates, and that they do not fade into oblivion but remain for reference every single time a link is created in the present.

[Now I believe that there are such individuals that have acquired such a consciousness of the unconscious realm deliberately or intuitively, that they keep a substantial amount of their perceptive powers focused on their screens as security checks; scanning through the data conscientiously, creating their own willful synthesized reactions where they seek to suppress a reference deliberately, manipulating the motions of the thoughts in their minds and the actions of their bodies as far as they can help it. Unable to erase unwanted data supplied or already in existence, probably, but flooding them with torrents of information or feeling to shield, neutralize or obliterate them as far as they can be obliterated … pushing them to the furthest realms of the space within. And I intend to become a master in this art.]

The portion of our unconscious/conscious mind’s database [for it is shared by both spheres so that there is a union of knowledge, from sources within and without, inside our minds, that influence our bodies as wholes] is like a display screen we have our backs turned to [most of us], digital streams of a matrix passing just out of the sight of our conscious mind’s eye.

Our consciousness is totally aware of course. The sleeping giant.

The question then becomes; are you prepared to be on speaking terms with him? For most of us aren’t.

It’s amazing. We are the sum of our experiences; primarily the things people have put into us. We are the products of our mentors, even the ones we had no clue made existing significant contributions that continue to influence the decisions we make.

So strangely enough, people are the most influential factors in the determination of one’s actions and thoughts, and the path of one’s journey in life.

Every individual is a product of the individuals that have surrounded him physically and mentally and filled his mind with thoughts through the course of these uncountable, almost infinite, number of distinct relationships with each and every one of them.

We all know the next step. Physically and mentally follow the paths to the places you want to be. Surround yourself with the thoughts you want imputed into your system.

Man was not created to be isolated. Man is not an Island. Hence we are never alone, constantly surrounded by people sometimes in body but always in thought. Man has never been utterly alone.