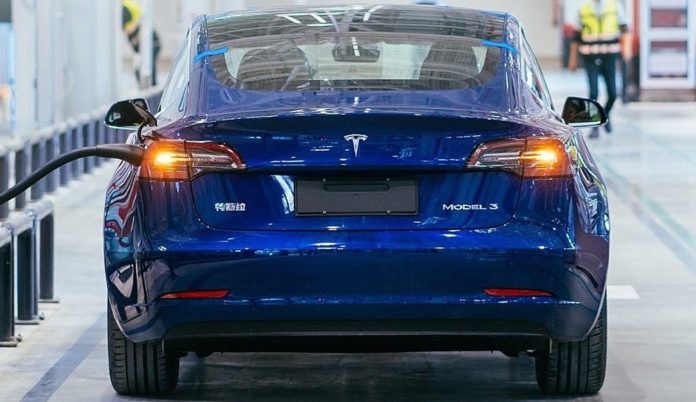 (IANS) Electric Vehicle (EV) maker Tesla has released some pictures of its ‘Made-in-China Model 3’ sedan and it is expected to be launched on November 11.

Tesla has been expected to focus on Model 3 production at its Shanghai automotive factory, where it mulls producing as many as 3,000 vehicles per week next year, Teslarati reported recently.

Last month, the automaker confirmed that it has produced full vehicles at Gigafactory Shanghai as part of its trial production.

“We are already producing full vehicles on a trial basis, from the body, to paint and to the general assembly, at Gigafactory Shanghai. We have cleared initial milestones toward our manufacturing license and are working toward finalizing the license and meeting other governmental requirements before we begin ramping production and delivery of vehicles from Shanghai,” the company said at the time.

Additionally, the company’s CEO Elon Musk has recently announced that he will unveil Tesla electric pickup truck dubbed as ‘Cybertruck’ on November 21 at an event in Los Angeles.

Musk also added that the forthcoming truck has a “heart-stopping” design, with better utility than a Ford F-150 and superior performance to a basic Porsche 911.