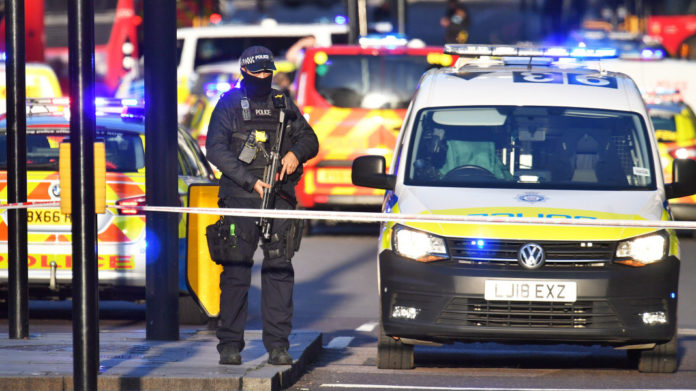 A major incident has been declared after several people were stabbed on London Bridge – and a suspect has been shot dead.

Parts of central London are on lockdown, and police are treating the incident as a terror attack.

A person is believed to have started attacking people with a knife and was then shot by police on the north side of the bridge, according to witnesses.

Footage circulating on social media showed members of the public detaining the suspect and taking possession of a knife.

Police have confirmed that “a number of people have been stabbed”.

A Met spokesman said: “Police were called at 1.58pm to a stabbing at premises near to London Bridge. Emergency services attended, including officers from the Met and City of London Police.

“A man has been detained by police. We believe a number of people have been injured.”