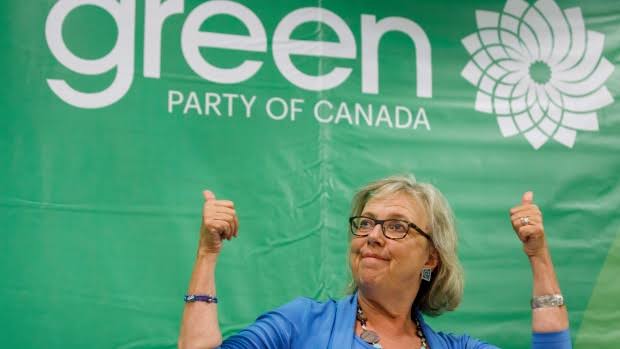 OTTAWA (Reuters) – Elizabeth May, the head of Canada’s minority Greens, said on Monday she was quitting to spend more time with her family just two weeks after an election in which the party won fewer seats than it had targeted.

May, 65, has headed the party since August 2006. The Greens won three of the 338 seats in the House of Commons, one more than they held before the Oct. 21 election, but fewer than the eight or 10 May had targeted.

The result left the party on the margins of politics with little chance of influencing Liberal Prime Minister Justin Trudeau’s minority government.

“As of today, effective today I am no longer leader of the Green Party,” she told reporters, adding that she would stay on as the leader of the party’s parliamentary caucus.

May said she had promised her daughter that the 2019 election would be her last as leader. She also married a fellow party member earlier this year.

Although Trudeau lost his majority in the election, he is set to work with the left-leaning New Democrats, meaning he is unlikely to need Green backing.

Trudeau will meet opposition leaders next week as he seeks support for his minority government on measures that include cutting taxes for the middle class and fighting climate change, a spokeswoman said.

Trudeau has ruled out a formal coalition and will seek support from opposition parties on a case-by-case basis. He is to introduce his new cabinet on Nov. 20.

May said she saw potential to work with the Liberals on creating a national prescription drug plan and on climate action. She brushed off suggestions her party had flopped, noting it had captured 1 million votes in a national election for the first time.

“I wanted to choose a moment where we had had a lot of success before leaving,” she said. The party will hold a leadership convention in October 2020.