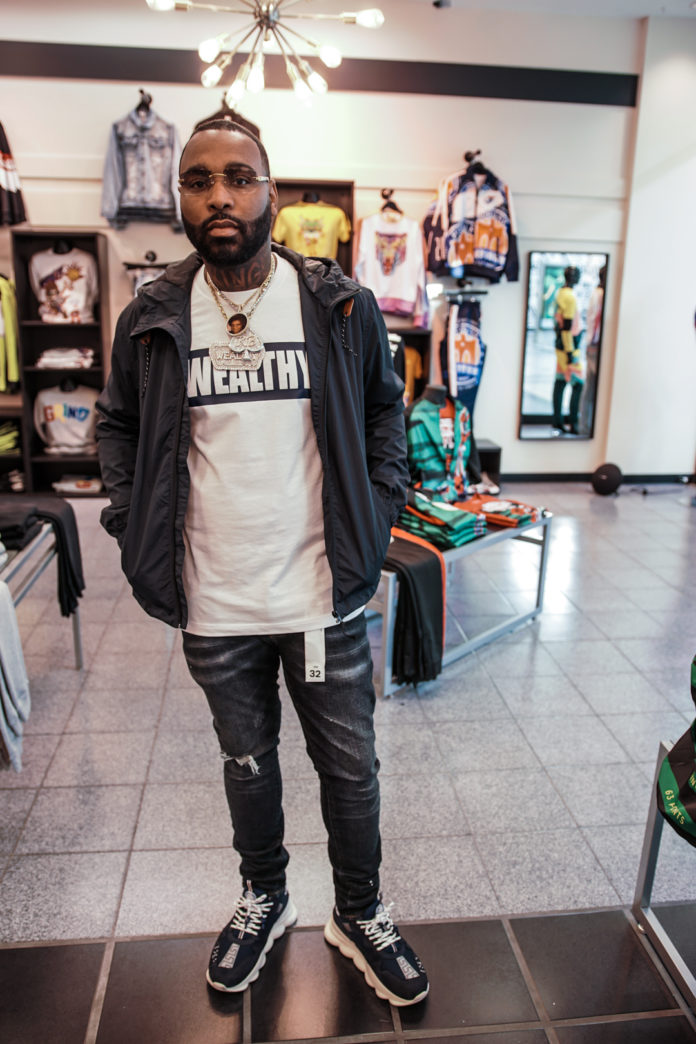 Kuddles Hopkins mostly known as “Kuddi” is an entrepreneur, was born in Saginaw nowadays living in Detroit. He owns his own clothing brand called “Wealthy” and also, he manages a rapper by the name of “All Star Jr”.  Recently, he was honored with a special tribute award from the governor of the state of Michigan at the state capital building for recognition in the community.

He chose to become entrepreneur back in college when he was a party promoter. He used to organize events throughout the whole state of Michigan. He realizes that he is not a job guy, so he quit. He started his brand about Three years ago when he and his partner came up with the brand “Wealthy”. It was called “Mentally Wealthy” in the outset. He had it on a fitted cap with a brain and a hundred dollar bill going through the middle of it. The message behind Wealthy is trying to change people’s way of thinking about being mentally wealthy. It’s not always about money, the wealthy can be mentally, physically and spiritually. Also, try to teach people about generational wealthy. One can find them online at ‘TheWealthyBrand.com’ or check out his Instagram handle @kuddib.

Also, they put all their money together to get the building up and going to have a grand opening of let Black Friday, which is their one year anniversary coming up this Black Friday.  The business is doing exceptionally well they have all types of celebrities that wear their brand, from NBA, NFL, and different rappers and models. It’s been a journey just watching the brand grow and becoming a household name throughout the country. They are looking forward to seeing what 2020 is going to bring them about good wealth and prosperity. For their successful business, we wish them Good luck.