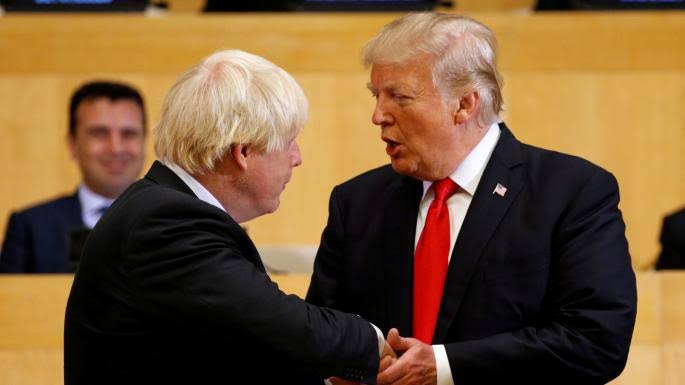 A White House statement about the call did not give any specifics on the two leaders’ discussion of trade issues.

“The two leaders again reaffirmed their commitment to strengthening the Special Relationship through a robust bilateral free trade agreement once the United Kingdom leaves the EU,” the White House said.

“The President also stressed the need for NATO allies to robustly fund their defenses,” it said.

Last month, the United States slapped a 25%-tariff on Scotch whisky and other European products in retaliation for European Union subsidies on large aircraft.

Separately, the Trump administration has threatened to impose tariffs of as much as 25% on EU vehicles and parts. Washington is due to decide whether to enact the duties by Nov. 14. The tariffs have already been delayed once by six months, and trade experts say that could happen again.