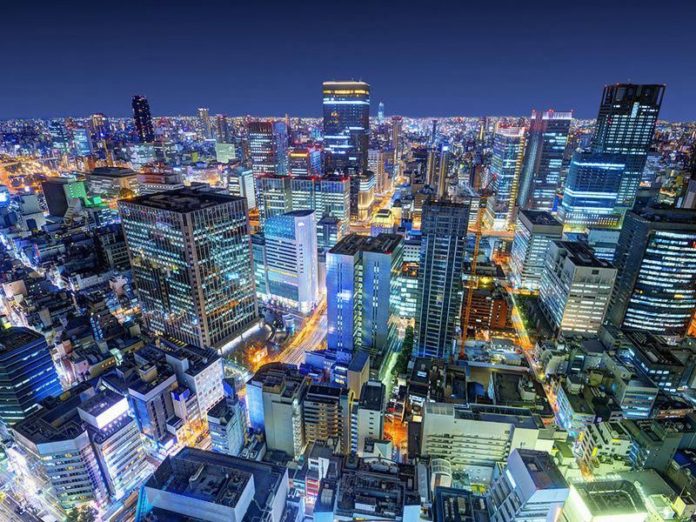 Shinzo Abe may be about to become Japan’s longest-serving prime minister, but he also looks set to lead the world’s third-largest economy into a downturn, with little sign that his much-vaunted “Abenomics” stimulus policies will help turn things around.

The economy grew at the slowest rate in a year in the third quarter, data showed on Thursday, as the U.S.-China trade war and soft global demand took their toll on exports.

There is near market consensus that it will contract outright in October-December, as consumers take the hit from an October sales tax hike and the fallout from the trade war widens.

Analysts polled by Reuters prior to Thursday’s data expect the economy to shrink 2.5% in October-December and rebound just 0.6% the following quarter – only narrowly avoiding a recession.

“The risk of Japan suffering from recession is very big,” said Kozo Yamamoto, a ruling party heavyweight and one architect of Abenomics.

The question is, who can help Japan avoid this?

The Bank of Japan is reaching the limits of years of aggressive monetary stimulus, while the government is constrained in its spending by the biggest debt burden in the industrial world, as well as by a lack of laborers to carry out its public works projects.

Capital spending may slow down after the Tokyo 2020 Olympic Games, while the government has struggled to make progress on structural reforms.

Yamamoto suggested the answer may lie in yet more government spending.

“The government must issue more bonds for spending, which the BOJ can gobble up,” he said, adding that Abe needs to compile a supplementary budget of at least 5 trillion yen ($46 billion).

But years and years of heavy fiscal spending and central bank money printing have failed to lift inflation to the BOJ’s 2% target, and instead have left policymakers with little effective means to fight the next recession.

Since Abe came to power in late 2012, the three “arrows” of Abenomics that he outlined the following year – monetary easing, fiscal spending and structural reforms – have helped quarterly gross domestic product grow 8.6%, based on data for the July-September quarter. Exporters have posted windfall profits via a weak yen, and last year share prices hit a 27-year high.

But those effects have all petered out.

The BOJ kept policy steady last month despite growing risks from overseas, and governor Haruhiko Kuroda says that while the central bank will ease policy if needed, it must be mindful of the rising cost of prolonged easing such as the impact on bank profits.

“The BOJ is already doing massive monetary easing,” said one official familiar with the bank’s thinking.

“The hurdle for additional stimulus is fairly high.”

Instead, in Japan as elsewhere, analysts are focusing on what more fiscal policy can do to spur growth.

But the problem is Japan has little room left for big, pork-barrel spending – it is already saddled with debt twice the size of the economy – and analysts doubt it would even work.

While some ruling party lawmakers have called for spending of 5-10 trillion yen in another stimulus package Abe has ordered his cabinet to put together, analysts say this may have little effect.

Since 2013, Abe has spent nearly 30 trillion yen in four such packages, and each one has brought diminishing returns.

One particular problem has been that public works projects have become hard to implement due to a growing shortage of labor – partly due in turn to Japan’s dwindling working-age population.

Of the budget money left over for fiscal 2017 – the latest year for which data was available – 60% was earmarked for public works projects, showing the impact of the lack of workers on project execution.

Critics of Abenomics say the administration has spent years attempting to reflate the economy with unconventional monetary policy, only to drag its feet on much-needed labor market reforms and steps to boost Japan’s competitiveness in technical innovation.

“Japan has immersed itself in old-style, macro-economic policies instead of trying to adapt itself to rapid changes in the global environment,” said Kouhei Ohtsuka, a former BOJ official who is now an opposition party executive.

He is particularly wary of the BOJ printing yet more money to snap up government bonds, repeating the seemingly ineffective policies of the last few decades.