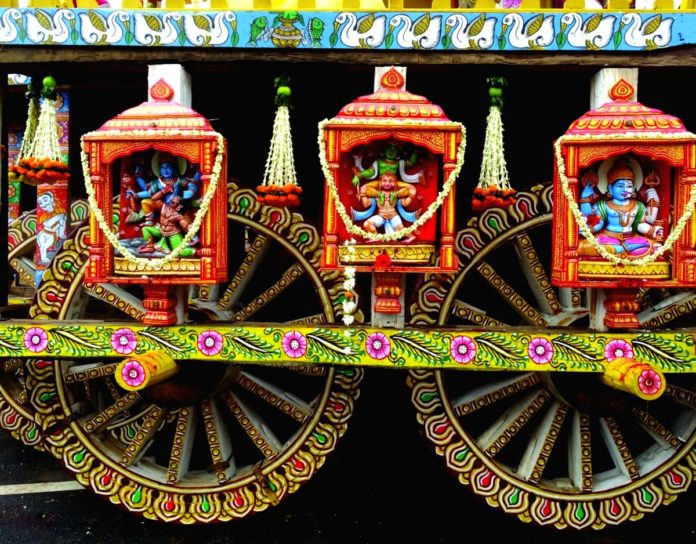 (IANSlife) The Jagannath Temple in Puri and the Lingaraj Temple in Bhubaneswar built almost a thousand years ago are two of the most iconic temples of the Indian state of Odisha. A new exhibition in New Delhi zooms in on these architectural marvels.

Starting Friday, an exhibition at the India International Centre (IIC) by Siddhartha Das Studio is showcasing models of the two temples and the making of the Rath used during the Rath Yatra in Puri. Along with this, a palm leaf engraving depicting iconography of the temples and a series of Pattachitra paintings showcasing legends from the Shiva Purana will also be on display, all made either using stone or wood.

The studio has worked with researchers, subject experts and over a hundred master craftspeople to interpret these two historic living temples.

Visitors can treat themselves to exquisite objects that range from miniature stone and wooden models to drawings, engravings and paintings that visualise sacred Vedic texts and films that document the many rituals and festivals.

It also offers a glimpse into the creation of the two Interpretation Centres on the two temples.

According to Siddhartha Das, “The Jagannath and Lingaraj Temples in Odisha are iconic examples of Kalinga temple architecture. They have withstood vagaries of time and nature. To appreciate these temples in their context, through the exhibition a narrative has been created that brings to life the sacred architecture while making apparent the living traditions connected to them.”Dates: November 23 – December 6