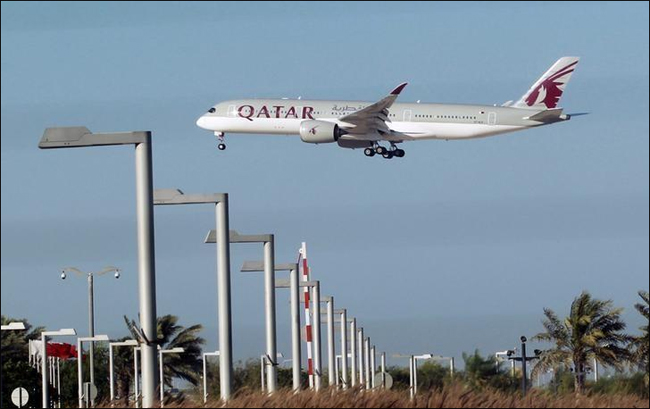 (IANS) IndiGo, the country’s largest private carrier, is all set to announce a strategic code-share partnership with Qatar Airways, months after it put on hold active discussions in the matter.

The two carriers are expected to announce the details of the partnership on Thursday.

“About 5-6 months back, IndiGo and Qatar Airways were actively discussing a code-share partnership. In between, IndiGo announced code-share with Turkish Airlines. Now, it seems they have finalized the deal with Qatar Airways,” said an industry executive.

The development assumes significance in the wake of the government move to sell Air India and the two airlines may jointly bid for the national carrier.

The market has also been rife with speculation about Qatar Airways buying a stake in IndiGo. Ever since IndiGo became eligible to fly overseas, it has been aggressively expanding its flight and frequency on foreign routes.

A marketing or deeper alliance with Qatar Airways will lend it better connectivity. Qatar Airways would offer a deeper penetration in the Indian market.

Investors seem aware of the benefit of the partnership as IndiGo stock rose 1.77 percent on the BSE to Rs 1,461.45 apiece on Tuesday.

IndiGo reported a net loss in the September quarter at Rs 1,066 crore from Rs 652 crore in the same period last year.

The airline remains bullish despite the losses. It last week placed a firm order to purchase 300 more Airbus 320 family aircraft.