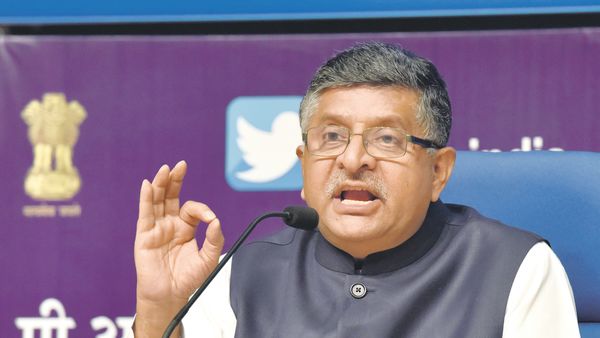 (IANS) Indicating the Centre’s unhappiness over the latest reports of a security breach in WhatsApp that also compromised Indian users, IT Minister Ravi Shankar Prasad on Wednesday said India takes the issue of privacy, especially informational privacy, seriously and data imperialism would not be tolerated.

Addressing the Commonwealth Law Ministers” conference in Colombo, Prasad articulated India’s approach and stand with regard to data protection, according to an official statement.

“We are living in the age of Information Technology (IT) and data is going to play a very crucial role in the digital economy discourse. In India, we view privacy seriously and informational privacy is also integral to that. It means a person must have control over his data and its commercial usage”.

He elaborated on the entire evolution of data law in India, the recommendations of the Justice Shri Krishna Committee, the public consultations and said that the government is looking at tabling Bill on the matter in Parliament.

Prasad emphasized that any data protection law must be technology agnostic, must be based upon an element of free consent, no abuse of consent beyond the permissible limits, requisite data protection authorities and a fair mechanism for data processing.

There is a need to balance innovation and enterprise in data but with due regard to privacy, the Minister said, adding that data economy both in terms of commercial use and employment will play a crucial role.

According to the statement, Prasad noted that while a large amount of data is being generated in developing and underdeveloped countries, but the claim for processing it is being emphasized only by the developed world.

The Minister cautioned against any attempts at data monopoly. He said that any attempt to create a monopoly on data by a few companies and few countries, or data imperialism, will not be acceptable.

WhatsApp sources countered this by saying the Indian government had been alerted twice, in May and September.

IT Ministry officials, however, had said that the WhatsApp information was general and patchy.