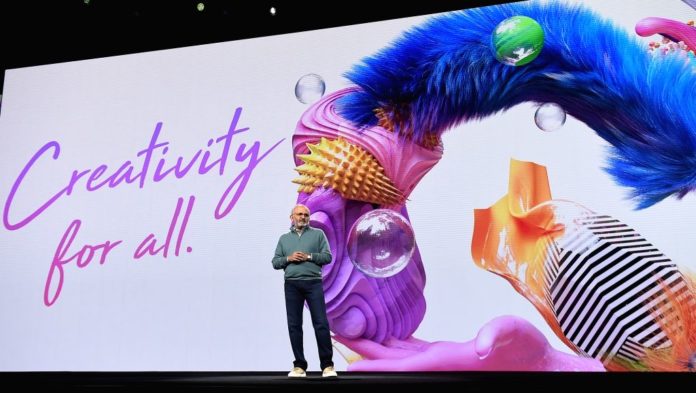 (IANS) AAs iPad lovers await the arrival of Illustrator on the device next year, the teams at Adobe’s Noida R&D centre and Apple’s Cupertino-based headquarters in the US are busy finalizing and preparing for the final release of the much-anticipated product.

The dream of Illustrator-iPad integration is being realized in India which is already producing several tools and features for the software major’s popular product line-up like InDesign, Adobe XD and Creative Cloud for Desktop, etc — a fact often reiterated by the company’s President and CEO Shantanu Narayen.

According to Shanmugh Natarajan, VP- Products, Digital Media at Adobe India, the company takes pride in the fact that its talented workforce in the country is creating products for the rest of the world to experience.

“We are already doing complete R&D for Illustrator and InDesign. The upcoming Illustrator on iPad, which has received rave reviews, is entirely being done at our Noida R&D center,” Natarajan told IANS on the sidelines of the company’s flagship ”Adobe Max” creativity conference here.

Nearly one-third of Adobe’s 5,500-strong workforce in India is part of its research and development entourage, deeply involved with intrinsic research at its Noida and Bengaluru facilities.

“The entire product line for Illustrator and InDesign and a lot of XD collaboration is being done from Bengaluru. As we enter the Cloud, the fundamental infrastructural work for producing Cloud-enabled Adobe products is being done out of India. We are significantly investing in the area of Cloud and the next one or two years are going to be phenomenal,” Natarajan elaborated.

The company has previewed Adobe Illustrator’s future with a reimagined touch-based app that brings the precision and versatility of the desktop experience to iPad.

Deepanjana Chakravarti from Noida R&amp;D team, the key designer behind Illustrator on iPad and presented the preview on-stage, was ecstatic.

“The whole experience has been quite phenomenal so far and once Illustrator arrives on iPad, it will open creative doors for the users as they will be able to design seamlessly on the device,” Chakravarti told IANS.

Ram Prasad Purumala from Adobe added: “Illustrator on iPad will be a game-changer. We are working closely with the Apple team to give this product a final shape which will transform the iPad experience for designers as well as learners”.

Although Adobe Photoshop on the iPad was completely done in the US, the incremental syncing part was achieved in India.

According to Adobe, Illustrator for 2020 will make sure that files open two times faster.

“Now when you save a file in Illustrator, you no longer have to stop what you’re doing. Saving files can run in the background so you can continue working,” said the company.

There will be alerts for spelling errors too.

“If you have text in your files, now you have the option to turn on spell check with notifications. If there’s a spelling error, you’ll see a red indicator around potential misspellings. You can now get suggested spelling right from within your document,” said Adobe.