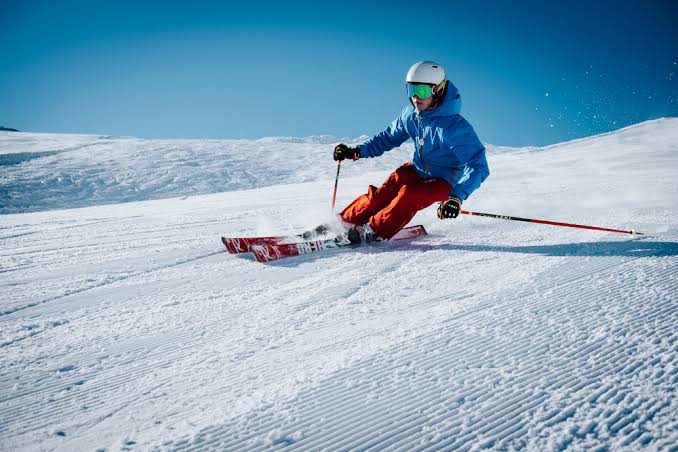 Sure skiing is a dangerous and potentially lethal sport. Even so, statistics have never stopped people from taking risks, and the popularity of skiing and all that it entails continues to rise all over the world. However, the art of skiing as we know it today took over five thousand years to evolve and become a sport of adrenalin and action.

The earliest traces of skiing goes back to the nomadic tribes of Asia and Europe, who were forced to develop a means of transport for the snow-covered slopes they had to contend with during their travels. The earliest skis were actually just the bones of large animals that were tied to the feet with the help of strings made from the animals’ guts or skin. Wooden skis came to be used in the Lapland region, now Norway, Finland and Sweden, about two thousand years ago. The people who used these skis did not bother to venture on to the steep Alpine slopes since the skis attachments were crude and easily came apart at higher speeds. Skis were occasionally used during war to facilitate transport and spying in the mountains of Europe.

Norway was the site of the development of modern skiing. A Norwegian by the name of Sondre Norheim created the first stiff skis and bindings, sometime in the year 1850. With the increased stiffness of the bindings, the control and maneuverability of the skis increased allowing users to turn, twist and navigate easily. The development of modern skiing took very little time from here on and the Arlberg technique, on which the entire modern sport is based, came into being. In the year 1936, skiing under the aegis of Nordic sports, was introduced in the Winter Olympics held at Switzerland. Skis were also used extensively by the Russians and Germans during the two World Wars.

In its present form, nearly 50 million people enjoy the sport each year.