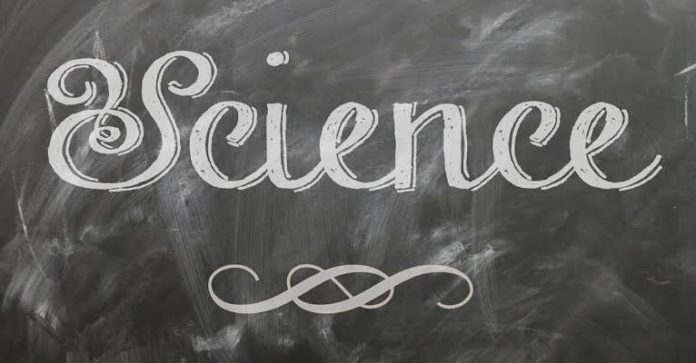 Science consists of observing the world by watching, listening, observing, and recording. Science is curiosity in thoughtful action about the world and how it behaves.

Science is curiosity in thoughtful action about the world and how it behaves.

Anyone can have an idea about how nature works. Some people think their idea is correct because “it seems right” or “it makes sense.” But for a scientist (who could be you!), this is not enough. A scientist will test the idea in the real world. An idea that predicts how the world works is called a hypothesis.

Hmmm. Is my hypothesis correct?

These steps will work fine for a school science fair project. But this is not usually the way science actually happens!

From observation to theory

Sometimes the observations come before the idea or theory.

This drawing is similar to the one made by Nicolaus Copernicus (published in 1543) and shows the Sun at the center of the solar system.

For thousands of years, people observed certain “stars” wander around the night sky in looping patterns. Finally, in 1514 Nicolaus Copernicus came up with the idea of “Heliocentrism” (meaning Sun centered). He thought the Sun was the center of the Universe, with Earth being one of many spheres orbiting the Sun. That idea explained the wandering patterns of the planets. It also predicted where they would “wander” next. This idea became a theory. Of course, we later improved that theory. After all, the Sun is not the center of the whole universe, but only our own solar system.

Albert Einstein and his theories were like that. It took a long time before scientists were able to test them and show that were were correct.